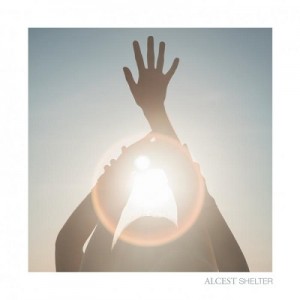 Alcest are a French band from Bagnols-sur-Cèze in the South East of the country that have found their way to Shoegaze and Dream Pop via Black Metal. This beautiful album is the dreamchild of multi-instrumentalist and singer Stéphane Paut (aka Neige, snow in English) and features Neil Halstead from Slowdive singing on one track (Away). The album is produced by Birgir Jón Birgisson at Sigur Ros’s Sundlaugin Studio in Iceland where he is the in house engineer. This is the fourth album by Alcest, the songs are usually sung in French although titles sometimes appear in English. For example Paut decided that he didn’t like the way the word ‘Refuge’ (Shelter) sounded in French so he used the English title.

A lot of his lyrics are based on what he calls “Fairyland” and  he compares this place to out of body experiences and his own strange experiences as a child. The memories from this mysterious otherworld appear as inspiration for his lyrics and celebratory music.

Although Black Metal was his original direction a swing to more ethereal realms has him cite bands like Slowdive, The Chameleons, Dead Can Dance and The Cocteau Twins as influences for the Alcest project – My Bloody Valentine are also an influence. What’s fascinating is how he brings a metal proficiency to this kind of music and has also said that Birgir Jón Birgisson hepled the band leave the metal sound behind. Winterhalter the band’s drummer was also in previous incarnations of Paut’s earlier projects.

Alcest are one of the most interesting and open minded musical hybrids.