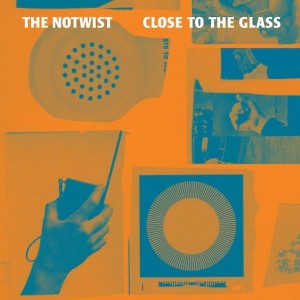 Following the stylistic arc of The Notwist chronologically is something of an adventure! How they became what they are today when you listen to what they were when they started is quite the mystery. They have releasd nine albums, one live, one soundtrack and seven studio albums. I discovered them in 1998 on the fourth album Shrink that I bought cheap in an American record store. A mix of indie, some electronics and altogether an interesting set of songs with some twists and turns, it led me to buying their next album Neon Golden and then for some reason I forgot about them.

The Notwist are German, they come from Bavaria, they sing in English and released their first album in 1991. In those days they were a hard core, punk metal band and they followed up their debut with the same kind of thing on Nook in 1992, sometimes reminiscent of Husker Du, sometimes double bass drum metal and a general hardcore punk approach to making music. Through it all you can hear they had ideas, they had songs buried in there somewhere. Their live album came in 1994 but by 1995 something had changed, they were still noisy but it was more indie noise than metal noise – a beast transforming from one creature into another.

When Shrink (the album I bought) came out the transformation was complete. Loops began to appear, electronic sounds, different rhythms – they began to use the studio as an instrument – they got strange. The experiments continued on 2002’s Neon Golden and then a six year gap before the release of The Devil You + Me in 2008 that left them without founding member and drummer Martin Messerschmidt. One wonders if he missed the drumming stool in a band that featured archetypal metal/hard core drumming, having said that he definitely rose to the challenge on the transformation albums mixing machines, loops and real drums skilfully with interesting results reminding me of Aphex Twin on Neon Golden.

Now another six years later (with the 2009 Storm soundtrack in between) comes Close To The Glass and their most captivating album to date. The reinvention is complete and the album opens with Signals pure electronic sounds from outer-space, that sounds like planets dancing in the heavens. Deadpan vocals and a dense forest of bleeps, unveils The Notwist evolving into yet another incarnation.

The title track follows and their experiments become even more complex as they combine, Four Tet with The Beta Band with latterday Radiohead but that perfect deadpan German delivery gives them that Kraftwerk android demeanour that we know and love from the German electronic revolution of the late sixties and early seventies.

Kong is the single, it’s almost Motorik, or perhaps Motorik via Wire, a relentless beat with melody in spades. And as usual with them, whatever style they happen upon they are always writing a real song.

Into Another Tune has the “Phillip Glass Koyaanisqatsi feel’ except with a vocal. It also has something of the Liebezeit/Freidman Secret Rhythms project about it.

Acoustic guitar and extremely up front vocal on Casino might be an early seventies German Pink Floyd circa Obscured By Clouds meets a Bavarian John Cale circa Fear. A stand out song on the album.

From One Wrong Place To The Next has that Aphex Twin beat again with string scrapes and gurgling keyboard backing turning into a very strange 22 Pistepirrko style hybrid of loops, electronics and song.

We only get fifty seconds of The Fifth Quarter Of The Globe a snippet of soundtrack music perhaps?

Run Run Run has an odd feeling of the old fashioned in a modern suit – like Victorian Kraftwerk driving a horse driven hearse through a city of avatars.

At 2.17 Steppin’ In is acoustic with strings and at this point I contemplate the distance between this record and their first and wonder what led them to this point – Lineri at 8.53 is back to strange electronic sounds and in total contrast to the previous track has soft electronic drums and playful synthesizers.

The album ends on They Follow Me and reminds me again of Kraftwerk but this time meeting a melody that Mercury Rev might have written. A thick electronic analogue soup and dry voice expresses an overwhelming feeling of melancholy that slips into dreamy strings and descending chord progressions punctuated by sturdy repetitions.

What makes Close To The Glass such a great record is how it has one foot in the past and another in the future. The Notwist have become tasteful art thieves only stealing the inspired pieces and then adding their own inspiration justifying the theft. Highly recommended.