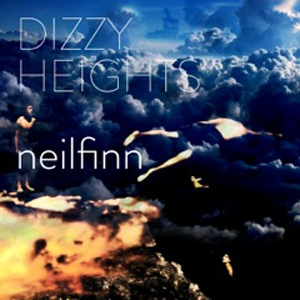 Neil Finn is an effortless writer of memorable melodies – in fact it is so effortless for him that it has become a problem, he needs a challenge – and that is why Dave Fridmann, a cohort of The Flaming Lips and Mercury Rev is the producer. The breezy melodies of One Nil (his last solo album) are not exactly put aside, but are contrasted with more complex arrangements and less accessible sounds – a darker production. So you gotta be good to be able to step outside of your comfort zone like that and still bring home the result. Finn mostly succeeds on what may not just be a more challenging album for him but a real challenge for Crowded House fans and those that prefer the lighter side of this affable New Zealander. Although, it’s not all gloom and doom as he also investigates a more soulful territory that might actually be a more commercial direction, not R&B exactly but one step closer to Soul than he has ever gone before.

The album opens with Impressions, eerie harmony vocals, roomy bass drum and brushes with metronomic and robotic machine rhythm and background bassy doodlings. Through all this, the track is somehow soulful and incorporates a string section to present a surprise of styles all at once. Cleverly mixed with guitars reaching out from the dense production and ending in fading strings, it highlights Finn’s ability to write a melody and to have a vision outside the box.

The title track follows with a light Soul style in the way that Todd Rundgren managed to incorporate it into his early albums but with a cinematic background of keyboards and disneyland effects. It has the familiar Finn melodic trademark and as mentioned earlier, this is perhaps an even more commercial direction than Crowded House.

Flying In The Face Of Love might be the lightest moment of all, especially in the chorus with falsetto, catchy melody, easy words and one might say an old fashioned radio friendly tune, but I’m not sure they play songs like this on the radio anymore? It’s certainly mature and interestingly produced but it seems rather commonplace especially as on his previous record his catchy pop music didn’t ever suffer such a dubious fate.

The next track Divebomber for me is the best track on the record. Whistling, Beach Boys harmonies, dramatic symphonic strings, beautiful melody and sound effects of a divebombing aeroplane throughout. This track is truly challenging, a production marvel that has Dave Fridmann sharing all of the ideas that Mercury Rev have benefitted from and helping Finn deliver what he wants more than anything else – a musical evolution.

Better Than TV is next, a real foot tapper, but as a song it might be eighties Hall & Oates at their blandest (talent sunk by commercial expectation), it’s only saved by its production and stands out as plain, especially after Divebomber.

Ponyride seems lost in its search for an identity, it’s almost psychedelic but doesn’t seem to have the courage to actually drop the acid. I guess backwards guitar or phasing might be a cliché and to me this song is slightly underdone, this time in both the writing and the production.

White Lies and Alibis starts with obscure scratchy sounds and then surges into an interesting rhythm pattern – this is more like it. It has everything you want from this collaboration with Fridmann, classic Finn melodies, left of centre production and a great song. It’s moody, intriguing, surprising, edgy and equally comforting – it’s also Finn at his best as a songwriter.

Recluse is a classic effortless Finn song that sees him coming back to those R&B falsettos one more time, lyrically contemplating how Howard Hughes might have liked the internet.

Strangest Friends is what might have been a straightforward acoustic strum that has been densely packed with overdubs that swamp the background like a gurgling soup.

In My Blood is another example of the successful musical evolution he aspires to. All the ingredients of previous incarnations, all the songwriting skills bundled up into a more interesting sonic arrangement – I guess he’s pretty happy with this one.

Lights Of New York sounds like a last track, up front vocal and city sound effects it could be music from an unwritten musical. Finn sings it so casually almost like he’s acting. (I can also imagine Tom Waits singing it alone at a piano). Bizarre background strings and bendy synths supply an unnerving atmosphere of regret or nostalgia.

This album is rather schizophrenic and in Finn’s attempts to break out and push himself he seems to have gone right and left simultaneously. On one hand there’s creative production and arrangements, challenging soundscapes and interesting songs that explore new areas. On the other hand there’s a light Soul direction in some songs that intrinsically makes his uncanny knack of writing something catchy and memorable seem overly twee. This is exacerbated by his own inventiveness on tracks like Divebomber, In The Blood, Impressions, White Lies And Alibis and Lights Of New York. For me these are the songs that are the real success stories in this experiment in search of a musical evolution.