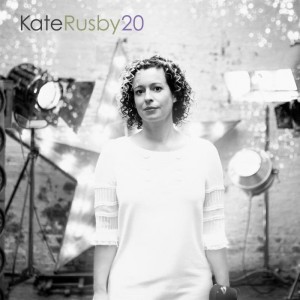 Kate Rusby affectionately known as ‘The Barnsley Nightingale’ was one of the first of a younger generation in the ‘New Wave’ of Folk that included Kathryn Roberts, Eliza Carthy, Cara Dillon, Seth Lakeman and many others. Since the heady days of Fairport Convention, Pentangle or June Tabor, the folk scene had begun a downward spiral as Punk, Rock, Dance, Hip Hop took over the youth and left Folk for dead as old people’s music. New blood and talented young artists like Kate Rusby changed all that and now with Indie Folk acts such as Laura Marling and successful Indie Folk bands like Noah And The Whale and Mumford And Sons the genre has become hip once again.

There’s a lot to catch up on when you start investigating these artists. This album is Kate Rusby’s eleventh (not including collaborations) and I am yet to find a record by her that I don’t like. I saw her live years ago in Luton and she generously gave me a couple of albums for the archive (Hourgalss and Sleepless). She was a member of all girl folk band The Poozies for a short spell and also made an album with Equation featuring the Lakeman Brothers and one of her earlier collaborators Kathryn Roberts (the two of them made a wonderful album together in 1995 under their own name). See below: 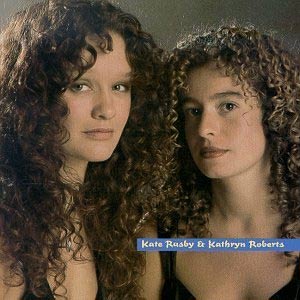 To read more about the British Folk revivals through the years go here:

The album posted here is Rusby revisiting her career by re-recording songs from the last 20 years. The record is all interesting duets with some of her favourite artists, such as British Folk legends Nic Jones, Bob Fox, Dick Gaughan and Richard Thompson and American Singer songwriters such as Mary Chapin Carpenter and new roots artists like Sarah Jarosz as well as unlikely contributors Paul Weller and Radiohead’s Philip Selway (in collaboration on the Richard Thompson duet). Revisiting her back catalogue in such a way, makes for a creative Best of album bringing new life into her older songs.

If you like the English folk tradition and appreciate a ‘story lyric’ and a soft  and sensitive voice then this could be for you. She doesn’t get out of the country much Kate Rusby, she has an album called The Girl Who Couldn’t Fly, named after her fear of flying (with artwork by Graham Coxon of Blur). So unlike Laura Marling who is taking on America, Rusby remains a stay at home Yorkshire lass with two young children – keeping it authentic and holding onto her gorgeous Yorkshire accent.