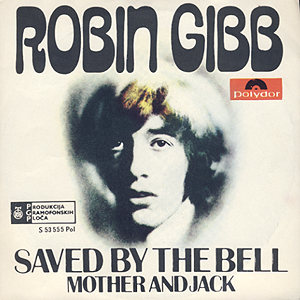 Robin’s Reign was recorded in 1969 and released in 1970 after Robin had left The Bee Gees. Saved By The Bell was the single reaching No.2 in the UK chart, No.1 In South Africa, The Netherlands, New Zealand and Ireland. It went to No.4 in Norway and No.3 in Germany, although in the US it only managed to reach No.87.

The album is quite hard to find but really worth the hunt with moving songs, distinctive vocals, orchestrations and generally epic production. There is another album from the same period called Sing Slowly Sisters that as yet remains unreleased. Robin Gibb returned to The Bee Gees soon after the release of Robin’s Reign but it would be another 7 years before they would regain their status as a Top Ten act (their last Top Ten album being Odessa in 1969). The Saturday Night Fever soundtrack was released in November 1977 reaching No.1. – the rest you know. Tragically, Robin Gibb died as a result of advanced of cancer in 2012. 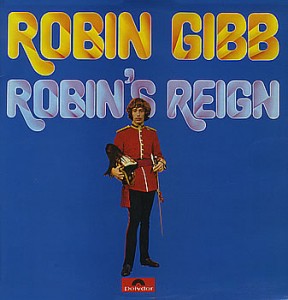