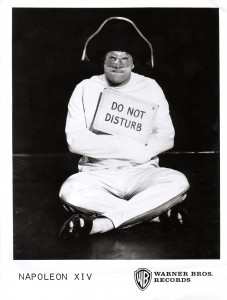 Novelty hit, They’re Coming To Take Me Away Ha-Haaa reached No.3 in the US and No. 4 in the UK charts in 1966 and to an 8 year old it seemed like pure genius. I’d never actually seen this video before today but remember the song fondly. Napolean was actually singer/songwriter/producer Jerry Samuels, he masterminded the project and came up with the idea that a whole album dedicated to the funny side of mental illness might be commercially successful – truly a genius. The B-side of the single was the same song backwards, as far as the follow up single, it never made it out of the straitjacket.