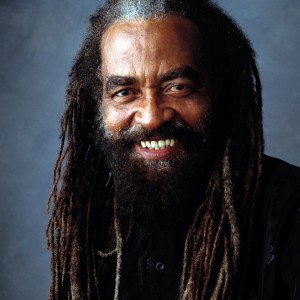 John Holt, singer from Jamaican Rock Steady group The Paragons has passed away leaving behind a whole treasure trove of Reggae and Rock Steady classics waiting to be discovered by an audience that sang and danced to one of his songs but never really knew who he was. The world stumbled upon John Holt without knowing it three times – once in 1980 via American band Blondie, once in 2002 via English band Atomic Kitten and once in 2008 via Canadian Rapper Kardinal Offishall. (Jamaican vocalist, U- Roy had also released a Deejay version in 1971 but the song’s huge success to come could never have been predicted).

The song they all covered was of course The Tide Is High and by what must have seemed a miracle to Holt, Blondie took the song to No.1 in the US and the UK, 13 years after it was released by The Paragons. Incredibly 22 years later, Girl Pop trio Atomic Kitten achieved the same result in the UK, The Tide Is High was their third No.1. single and was also a hit for them in various other European countries. By the time Kardinal Offishall had a hit again (No. 38 in Canada) Holt must have wondered if would it ever end? In fact this post is something of an exercise in what CAN happen if it gets out of your hands and despite losing control you might find anonymity in affluence anyway even if the end result isn’t exactly how you planned it!

Holt, born in Kingston, Jamaica in 1947, recorded his first single in 1963 and although The Paragons had formed in 1965 and scored hits, it was in the seventies that he became recognized as one of Reggae’s biggest stars – it’s almost as if his success was inevitable, even if most of the world didn’t know who he was. Although it was Bob Marley that left the Reggae impression on the planet, Holt was one of those great Reggae heroes anyway, along with Gregory Isaacs, Peter Tosh, Bunny Wailer, Toots, Jimmy Cliff, Desmond Dekker, Dennis Brown and a list as long as his dreads. RIP John Holt.