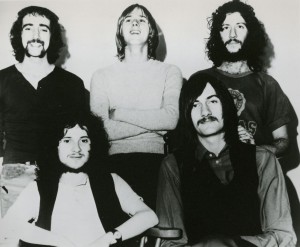 Although Peter Green was indeed a wonderful guitarist with a great tone, super songs and an appealing voice he wasn’t the only guitarist in Fleetwood Mac. Take a look at this clip (edited) and listen to Danny Kirwan 0ne of three guitarists in the band at the time that also included Jeremy Spencer until Bob Welch and Bob Weston joined later pre the Lindsey Buckingham years.

Kirwan’s passionate playing, feel, tone and keen vibrato make you wonder why it’s only Green that is talked about from this special period in the band’s history. Sadly Kirwan also suffered mental problems in later years and has stayed absent from the music world, presumed retired.