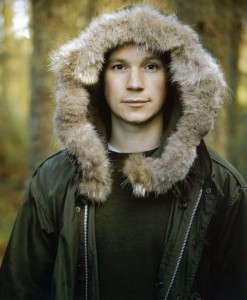 Although Matt Hales, aka Aqualung played in other bands, released records and built a following in England, it wasn’t until Volkswagen decided to use Strange And Beautiful (I Put a Spell On You) for the new ‘Beetle’ advertisement that Hales succeeded in penetrating the UK Top Ten reaching No.7 with this song in 2002.

The self-titled album that the song came from was allegedly recorded in the hallway of his flat and you can hear the home recording element in his work. However that doesn’t stop him writing a memorable tune and this song has been the beginning of a journey that has taken him into production, writing songs for other people and making five more albums since his debut.

Hales as Aqualung has just released a brand new album, 10 Futures that follows a similar path to his debut incorporating both programmed and organic instrumentation to accommodate his irresistible melodies.

Strange And Beautiful (I Put a Spell On You) is just a reminder as to where the vision for his latest project was born.

Even though I have found two videos for this song, I have not posted them, favouring the song instead.