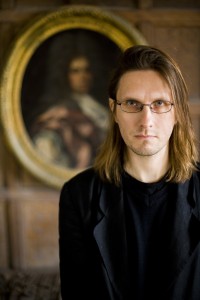 Steven Wilson returns with the first video from his fourth solo album – Hand. Cannot. Erase. The song is called Perfect Life but it’s not a single, it’s more an aspect of his latest concept album inspired by the tragic story of Joyce Carol Vincent (see link below).

The rather sad video is directed by Youssef Nassar and as Steven Wilson has explained, it deals with those nostalgic, perfect irrepalcable moments lost to the past.

The new album will be released 2nd March 2015. (Photo is by Naki Kouyioumtzis).