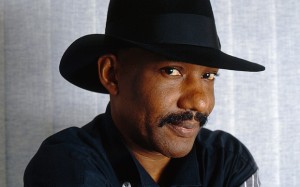 Disco? No, not really me, I looked terrible in anything that glittered and I could never dance. I was okay with a guitar in my hand but as soon as you took it away, my hips became concrete. I couldn’t shuffle or get down or find a connection to the music with just my body but as soon as the guitar was placed in the chain everything changed. It all made sense, rhythm, timing, accuracy, feel (what I teach with my guitar lessons) I never lost a beat. I was tied to the drummer, the most important member of any band. I wanted to stand near the hi-hat, look at him, connect, get into his groove, create a groove between us. But I never really got into four on the floor bass drums or those skippy hi-hats – Funk Soul grooves seemed cool and passionate, Disco grooves seemed trite and disposable and as for dancing without an instrument –  I was stranded. 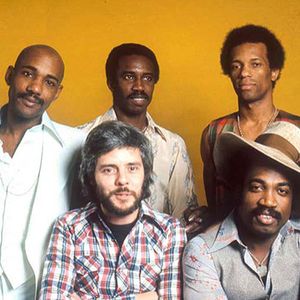 So where I got my soft spot for Hot Chocolate is anybody’s guess? They were one of the most successful bands from Britain in the Disco era, but they were something else as well – a Pop sensibility, a desire to write a memorable song and for some reason, You Sexy Thing didn’t seem to be as meaningless as the title suggests – it was appreciation. There was just something about Errol Brown’s voice (and his moves) and that old favourite of mine, a band that had both black and white musicians. Emma, Everyone’s A Winner, So You Win Again, It Started With A Kiss and how can you resist Heaven’s In The Back Seat Of My Cadillac? One of the best songs about the prejudices surrounding mixed race relationships was Brother Louie (featuring Alexis Corner in the spoken word part).

She was black as the night
Louie was whiter than white
Danger, danger when you taste brown sugar
Louie fell in love over night
Hey man, what’s wrong with that?
Nothing bad, it was good
Louie had the best girl he could
When she took him home to meet her mama and papa
Louie knew just where he stood

Louie Louie Louie ….
Apparently, nobody bought the albums? Tragic because the singles were such good songs. A songwriting team within the band with Brown and bassist Tony Williams and all under the reliable wing of producer Mickie Most releasing hit after hit on his Rak records label.

What most people don’t know is that it was John Lennon that sent Hot Chocolate on their way as the first song that they recorded was a Reggae version of Give Peace A Chance with some altered lyrics that needed an approval from Lennon. (Brown was born in Jamaica moving to the UK when he was 12). Lennon loved it and they were signed to Apple – it didn’t last that long as Apple were disintegrating and that’s where Mickie Most took over and the rest is history.

A great singer, a great songwriter, apparently a lovely guy and extremely important in his genre-a great mover. Terribly sad to hear that Errol Brown has died at the age of 71 from liver cancer. Rest In Peace and condolences to friends and family.