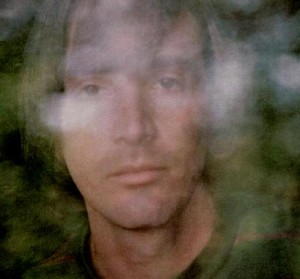 In 1967 as that era’s hipsters were growing their hair, many acts striving to be part of the or any musical revolution of the day fell into line. It might not be fair to call Jake Holmes conservative and less kind to call him opportunistic but his journey to this point wasn’t what you would expect. He began in a Folk parody duo with his wife Katherine and when they broke up was in a comedy trio that included…wait for it, Joan Rivers. But his debut Tower records album sounds like any other young singer/songwriter from that period that didn’t make it. Despite fitting in, both The Above Ground Sound Of Jake Holmes released in 1967 and his second album (dealing with his divorce with his wife), A Letter to Katherine December released in 1968, fell into obscurity.

But Jake Holmes was something of a wit, calling his album The Above Ground Sound Of… in contrast to ‘The Underground Sound ‘ of the day was the observation of a bright and talented thinker that just missed the hipster boat by being born too late – in 1967, Holmes would have been 28. In 1969, signed to Polydor he released, Jake Holmes followed by, So Close, So Very Far To Go in 1970, the latter reached No.135 on the US chart and the single, So Close No.49. In 1971 changing labels again he signed to Columbia and released How Much Time and that was pretty much it for his solo musical career.

But interestingly Holmes was surviving through unlikely connections. He seemed to be able to place ideas in other people’s heads. Bob Gaudio, Four Seasons keyboard player, backing singer and co-writer of their biggest hits saw him perform live at The Bitter End (famous Greenwich Village Folk club in the Sixties) and that evolved into a partnership culminating in co-writing the lyrics on The Four Seasons, Genuine Imitation Life Gazette released in 1969 – the album also didn’t sell well. Then came the most surprising of all when Holmes and Gaudio wrote Frank Sinatra’s Watertown concept album released in 1970 – the album also did poorly but Holmes obviously had something that the universe was desperately trying to drag out of him.

The best example of this is the recording of the song Dazed And Confused on led Zeppelin’s first album. Holmes was The Yardbirds support act in Greenich Village in 1967, promoting his debut album of which Side 2 opens with the track Dazed and Confused. The popular story is that Page stole it, one might say he appropriated it but when you listen to the Zeppelin and The Yardbirds’ versions you hear what has been in recent years referred to as Page’s interpretation of Holmes’ song. The song has always been credited to Page on Led Zeppelin albums but after Holmes sued page in 2010, settling out of court, the credit now reads, “Page inspired by Jake Holmes”. A strange compromise but all these years later he has at least got his name on the Led Zeppelin record. Apparently he wrote to Page back then and got no reply and just moved on, incredible really considering Zeppelin’s massive success.

In 1988 Holmes co-wrote all the songs on the Harry Belafonte album, Paradise in Gazankulu, and ultimately became a very successful jingle writer. Perhaps the jingles were keeping Holmes so thoroughly cashed up that he didn’t need the headache of pursuing Page, lawsuits against a massive organisation with tons of money and the fact that Page didn’t actually copy the song exactly – lyrics were changed, it’s not exactly the same, though some might disagree, judge for yourself.