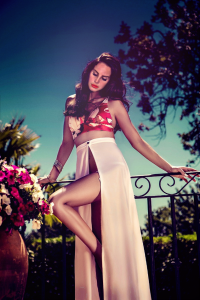 Lana Del Rey releases a new album entitled, Honeymoon on September 18th, hot on the heels of last year’s grossly underrated Ultraviolence. Three tracks have appeared so far, the title track Honeymoon was released digitally on July 14th with the single, High By The Beach released on August 10th and Terrence I Love You, a promotional single on August 21st.

With her unique voice, her lyrical dystopian romantic vignettes and far away eyes, she continues to polarize – I know which side I am on.