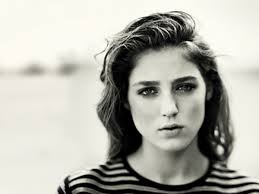 What I like about Birdy is the trembling operatic quality of her voice, something Ellen Foley about it, such maturity for such a young girl. I like songs that have this pulse, it’s almost Shoegaze, it’s moody, I’d like to hear Bowie sing it.

Birdy is just 19, English with some Belgian ancestry, Birdy is her nickname, her real name is Jasmine Lucilla Elizabeth Jennifer van den Bogaerde, one of my favourite actors, Dirk Bogarde is her Great Uncle. Her debut album is all covers (bar one song) ranging from Bon Iver and Fleet Foxes to James Taylor – it went to No.1 in Belgium, Holland and Australia and No.13 in the UK and a respectable No.62 in the US (as if we really care about the charts anyway these days).

The video seems rather overblown and unnecessary, a serious over spending that will now be curbed since her second album of original songs failed to perform as well as her first. But that’s ok, a cleverer more mysterious promo might be better for her, I fear for her future after her initial success, an obvious talent surfing on the wave of her debut album’s plaudits. Now a Lloyds Bank advert is using Wings from her second album and bringing her back to public notice, still one imagines that the direction taken by most of the artists that she covered on her first album might be the way forward, stay arty, please stay arty, don’t buy into the commercial world’s promises and keep that soulful voice of yours dark and interesting. One also imagines that little less restraint might help, it’s all very professional and some of that confessional emotion that she is expressing in her early years would tear you apart if it had a little more blood in it, but life itself will bring that to her, I believe that in years to come she will be something great as long as she doesn’t get taken out on too many free lunches.

Three versions of the same song here, the video, two live, one acoustic, one electric.