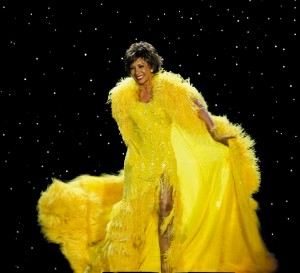 There was a time when singers/artists/comedians/musicians were entertainers – irony just wasn’t in. There was no such thing as a non-communicative performer, you sat down you were entertained, you weren’t supposed to penetrate the soul of the artist, judge his worth, his sincerity and then applaud him from the inside – he/she  was supposed to captivate you with pure ability. But later, there was low key/less obvious performance vitality, introspective troubadours appeared tackling more serious issues with all the answers to stop war, hypocrisy, there were no frantic displays, no hysterics, the intellect became part of the equation, depth and originality came into fashion (an irony in itself), showing the grown ups where they went wrong. Deep, deadpan, delivery (Cohen) was far better than showbiz talent – you might blame or congratulate (depending on where you stand) Dylan for setting the trend for the Mazzy Star and the Jesus And Mary Chain syndrome, the Shoegazers, the introspective noise merchants etc. To the tuxedo set of the early sixties, Dylan must have sounded awful, the literary aspect, the social conscience probably eluded them even though many of the black ‘entertainers’ of the time were most definitely sharing their inner pain.

It never occurred to me that Dylan was a bad singer, it was the words that were important and that magic skill of writing fantastic songs. They weren’t just melodic masterpieces tarred with that voice, they meant something, they really really meant something. They stimulated a deeper part of you, made you consider what was happening in society, opened your eyes to the world’s hidden truths and the sound that came out of him was like no other. But that doesn’t mean that entertainment in the right hands had/has no place. Shirley Bassey the Welsh/ Nigerian from the tough streets of Tiger Bay in Cardiff, South Wales, properly shook the foundations of ‘entertainment’ with her power, her range, her dark gripping vibrato, her ability to rip a hole in the sky, her stranglehold on the lyric, her heart wrenching emotional renditions of songs – she could literally walk into a room and make you cry with her commitment, her sincerity, her depth, her talent, her technique, she made entertainment not only dazzle but think about itself and elevate itself beyond the tacky lighting, the plastic TV studios and the corniness of Variety and safe viewing for the family. She had husbands twitching uncomfortably in the living room, unable to hide their desire for her, casting quick and furtive glances towards their wives to see if they noticed as the atmosphere in the room grew uncomfortable with rising heat and sexual energy. She turned men into blathering heaps with her gowns, her hips and her painted fingernails outstretched towards the TV camera, reaching through the screen and resting on your lap.

She sang the theme for three Bond movies Goldfinger/Diamonds Are Forever and Moonraker and although beyond Goldfinger she fared badly with record sales in the USA her concerts always sold out. In Europe she was a sensation with hit after hit in the sixties and the seventies in England and in Italy where she recorded in Italian. One of her most famous songs  Never, Never, Never was originally Grande, Grande, Grande – an Italian song. She made Something a bigger hit than The Beatles and after her recording heyday, she branched out to sing with contemporary upstarts Propellerheads and Swiss duo Yello, later performing at Glastonbury Festival.

From her debut release Burn My Candle/Stormy Weather in 1956 and her 10 inch Born To Sing The Blues in 1957, Shirley Bassey has, excited, stimulated, motivated, shamed, embarrassed and brought tears of joy to millions of people with her immense talent, her astounding voice and a flair for that often misunderstood beast ‘Entertainment’.

Let’s not forget those that wrote some of her greatest songs – Diamonds Are Forever was composed by the legend John Barry with just fantastic lyrics by Bowie hero, Anthony Newly and Leslie Bricusse:

Diamonds are forever,
They are all I need to please me,
They can stimulate and tease me,
They won’t leave in the night,
I’ve no fear that they might desert me.

Diamonds are forever,
Hold one up and then caress it,
Touch it, stroke it and undress it,
I can see ev’ry part,
Nothing hides in the heart to hurt me.
I don’t need love,
For what good will love do me?
Diamonds never lie to me,
For when love’s gone,
They’ll lustre on.

Diamonds are forever,
Sparkling ’round my little finger.
Unlike men, the diamonds linger;
Men are mere mortals who
Are not worth going to your grave for.
I don’t need love,
For what good will love do me?