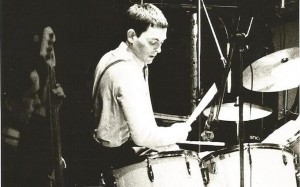 2 Tone was a label and movement bringing Ska and Rocksteady to the UK via the West Midlands and with The Specials, a political agenda fighting against the deteriorating inner cities and spreading interracial unity through racially diverse band members. Ghost Town, written about the band’s home town of Coventry was a No.1 single in 1981 and an ‘unemployment classic’ – Jerry Dammers, band leader later became a political activist. The Specials didn’t last with arguments about direction and becoming Pop stars confusing their agenda. They released two albums, their debut in 1979 and More Specials in 1980.

Many of their singles hit the charts, their debut and non-album single Gangsters was a No.6 hit in 1979. Also in 1979 the Elvis Costello produced, A Message To You Rudy, a cover of Dandy Livingstone’s song from 1967 that made it to No.10 in the UK. Too Much Too Young made No.1 in 1980. Their most famous song, Ghost Town only appearaed on a hits collection as they broke up before recording a third album with the original line-up. Terry Hall, Neville Staple and Lynval Golding left The Specials to form Fun Boy Three and later a new version of The Specials appeared as Specials AKA, retaining John Bradbury from the original line-up for the hit, Free Nelson Mandela that reached No.9 in the UK in 1984. (Bodysnatchers singer Rhoda Dakar and Dick Cuthell also appeared on the trumpet guesting in both line-ups).

Infectious, political, stylish, social commentary, a celebration in times of adversity and along with Madness and The Selector, The Beat, Bad Manners and The Bodysnatchers, it was a whole new genre influenced by Punk, New Wave and Reggae infiltrating the British culture with ease, Reggae already firmly planted in the British psyche. Three covers albums appeared and one album of original songs with some originals members, from the late nineties to 2001. The Specials had since reformed again (2008) with a more cohesive unit of original members (including Terry Hall, Lynval Golding and bassist Horace Panter) with John Bradbury playing an important role in the songwriting and with promise of a new album – unfortunately he died of an unspecified cause just after Christmas at the age of 62. RIP, condolences to friends and family.

Link to previous posts about the Specials here including the Ghost Town video:

Here’s some fine footage from The Old Grey Whistle Test in 1979 as it was coming to terms with the Punk revolution, followed by videos of their first two singles: