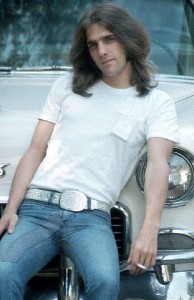 Anybody else out there spent their life defending why they liked the Eagles? For me it all started in the pub. When I was a teenager I used to hang out with bunch of lads and their girlfriends at The Pensby Hotel, a big old fashioned mock tudor public house between Thingwall (where I lived) and Heswall (where Ian Astbury lived). Spanter, Roy and Gail, Roy had a Ducati 350, Nipper and Liz, Liz and her Sunbeam Stiletto, Jock who was tragically killed in a car crash that Spanter survived. Arthur and Glynnis, Arthur had a Honda 750 four and years later showed up at an All About Eve gig. Danny with his 650 Honda trail bike, Steve Ward with the extremely long hair, Chris Smith and his Triumph Trident and Rob and Sue that lived in Penny Lane in Liverpool, Rob was the first person that started to call me Marty instead of Martin – it stuck. I drank there illegally between the ages of 16 or 17 and drinking age, I went there as many nights a week as possible. I remember celebrating my 18th birthday in the pub – as a regular, having not being caught till then, they could no longer throw me out. I remember Jock gave me a birthday card “Happy Birthday cherry boy” (it wasn’t true). I had a motorbike that possibly explains why I don’t drive. I had a Honda 125 but soon got a Ducati Desmo 250 cafe racer, it was yellow, it was beautiful, – until I got in an accident in Liverpool city centre. We drank, talked about bikes and guitars, took acid, smoked pot and listened to music – I guess Glenn Frey was doing that too.

So this was 1974/75, pre Punk, we didn’t know yet that the music that we listened to was bloated, pretentious rubbish, we liked it and probably annoyingly for the new generation, we liked Punk too when it came along – we were open minded. The first song I loved by the Eagles I heard regularly on The Pensby Hotel jukebox whilst enjoying my drink of choice – two bottles of Mackeson and a pint glass. That intro, that sliding bass, those great guitar stabs and the stop before the vocals start – “One Of These Nights”, Oh I loved that song, still do – the melody the mood, the guitars the harmonies, that harmony backing vocal that’s a part in itself. It’s falsetto but it’s not Disco like The Bee Gees, Don Felder with memorable melodic lead guitar and that chorus staccato backing vocal – “ah ah ah ah ah”. I don’t know why but it was better than Boz Scaggs.

So there were some things that I loved about the Eagles and a couple of things I didn’t like. I loved the harmonies, the blend of the voices, the lead guitars, Don Henley’s drumming and his voice and a whole lot of strong songwriting. Of course sometimes they were bland, obvious and horribly easy listening but when they got it right they were something else. Hotel California drives people nuts, they never want to hear it again but I never tire of the guitar solos and the oblique lyrics.

On the BBC they said Eagles’ guitarist has died. On a political level, it made realise (again) that the news doesn’t tell the whole story (Duh!). Everytime they report on something I know about, it’s never quite right. As if Glenn Frey was the Eagles guitarist? Yes he played guitar in the Eagles but he sang many of their hits, and was primarily a singer/songwriter that played guitar and keys in the band, lots of co-writes sure, but he co-wrote and sang, Take It Easy, Take It To The Limit, Heartache Tonight, Tequila Sunrise, Lyin’ Eyes, New Kid In Town. Henley sang Best Of My Love, One Of These Nights and Hotel Califormia but they were co-written by Henley and Frey (the latter with Don Felder). So calling him the guitarist in the Eagles exposes something disturbing. I can see it now, “Eagles uncover BBC plot”. Then I realised that lots of the headlines about his death referred to him as “Eagles’ guitarist” – that’s not what he was to me.

Another point of view is that the Eagles were Gram Parsons’ idea, watered down into mass consumption, soft rock dross. Can’t we like Gram and the Eagles? Beautiful harmonies, melodic catchy songs, great feels. I’m not a big fan of Country Music and that influence is big in The Eagles but I like a good song and they had many, including great songs on their albums. Their original other guitarist and banjo player was Bernie Leadon ex Flying Burrito Brothers. As they drifted away from their country roots and incorporated more of a Rock sound, Leadon eventually left after Don Felder joined and then the addition of Joe Walsh sealed the dualling lead guitars and that took them to another place. Their last album was The Long Run, it was the first without original bassist Randy Meisner, replaced by Poco bassist Timothy B. Schmit. It has lots of songs I like, my favourite is King Of Hollywood, again written by Frey and Henley, sharing lead vocals – lots of great guitars too.

After the Eagles broke up Frey went on to to have hits on his own, The One You Love, Smuggler’s Blues, Sexy Girl, The Heat Is On, You Belong to the City, True Love, Soul Searchin’ and Livin’ Right – and I don’t know any of them. I picked up the albums here and there, second hand but paid more attention to Don Henley in the aftermath of the break up. I also have Longbranch Pennywhistle in the archive, his duo with J.D. Souther from 1969 (Souther co-wrote New Kid In Town with Henley and Frey). If you listen to Kite woman you can hear the early Eagles sound.

Last but not least it was never The Eagles, it was Eagles and that changed the mood, although most people referred to them as The Eagles that subtle difference was the difference between soaring and being trapped on the ground and at times Eagles soared. RIP Glenn Frey. Condolences to friends and family.