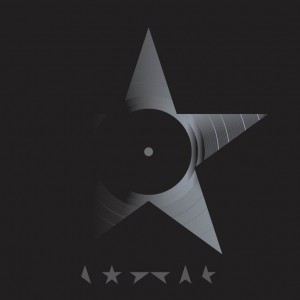 David Bowie’s 69th birthday and my first listen through his latest album Blackstar where I will review it simultaneously. It might be rather dangerous doing this because I find that most albums I like I have to hear a lot but then there’s first impressions. I’m purposely listening first, not watching the latest video for fear of visual corruption distracting from the music as most of his recent videos have done, however tasty they may be.

I hear talk of Jazz on the wires, but so far the first and title track sounds closer to Radiohead than Jazz. I like it, whether that drum pattern will grate and date or innovate remains to be seen. At around four minutes the song turns into first a mysterious soundtrack and then into another song altogether, perhaps in the same way as Under Pressure. Different parts, like a dialogue, it’s Progressive Pop, updated Art Rock and something that might happen in a groundbreaking sixties track like say Richard Harris’ MacArthur Park, or something Scott Walker might do, updated to now. Luckily Bowie is so hip right now that people might get to listen to this, get to hear something they wouldn’t normally like. It’s the name and the image that sells the concept.

I hear him start to breathe and then immediately the insistent drumming starts for ‘Tis A Pity She’s A Whore. This track first appeared on the B-side of the 2014 10 inch release of Sue (Or In A Season Of Crime), used to promote and entice for the Nothing Has Changed collection, adding new material. This is a re-recording and it’s as interesting as the original version but replacing Maria Schneider’s strings with saxophones, I personally prefer the string version but intersting to see him experimenting with different approaches on the same song.

Lazarus initially sounds like a Cure demo eventually turning into that arty Bowie that we know and love, not just as a singer, lyricist but instrumentally, brass lines and processed guitars. So far I don’t hear jazz, I hear Jazz players (presuming it is those listed in the credits Donny McCaslin on rather too safe sax for me and Ben Monder on guitar but not playing Jazz). It’s a song that maintains a steady mood, evocative sounds that makes you pray that he doesn’t make a video for it. I like it but I can’t imagine that a dynamism hungry public would go mad for this?

A rocked up and less jazzy version of another track from last years excellent Sue (Or In A Season Of Crime) 10 inch and nearly 3 minutes shorter with a more drum and bass style rhythm that could have come from his less well received Earthling album from 1997. He was out of favour in those days, Earthling for me being something of an underrated album but then I also have the extremely unpopular opinion that The Next day overall was rather overrated. I loved Where Are We Now? But instead of getting stranger on The Next Day he came back into the light, I hope he doesn’t do that here as Sue (Or In A Season Of Crime)/’Tis A Pity She’s A Whore and Blackstar and Lazarus are what I want from him, despite the videos for the latter.

To me, Girl Loves Me doesn’t, drowns in the drumming. Bowie seems to like it, or is it Tony Visconti? I wonder if he writes the songs with the rhythms first, and if he does, I wish he wouldn’t do that, I wish he’d write them on his 12 string acoustic, create the song, think about the drum part later. On Earthling that drum focus was the style of the genre he was investigating, but on records like this is it really necessary? I have the same issues with the visual as I do with the rhythms, it’s as if the important things are the least considered, the melody, the lyric, his voice, the song itself. There’s either some angst ridden visual overpowering your eyes or the hammering beat – hopefully I’ll get used to it.

Mood wise, Dollar Days has a similar start to Where Are We Now? It’s the best track off The Next Day and what did I say about that guitar? As you know I am writing this review as I hear the album and although it sounds like he might have picked up an organic instrument, piano or guitar, made it about the melody. The drums are still quite annoying but luckily mixed back. Bowie has decided to work with a new crew of musicians on Blackstar, Mark Guiliana on drums, Tim LeFebvre on bass and Ben Monder on lead guitar, playing out of their genre creating an interesting hybrid. This isn’t true of  Donny McCaslin the sax player. I don’t think he got the memo or saw an opportunity here to innovate, playing line after line of light jazz solos that inhabit your nightmares – one wonders why he wasn’t directed to a more left of centre bent.

The album ends with I Can’t Give Everything Away leaving drummer Mark Guiliana to keep to a click track whilst saxophonist Donny McCaslin again confuses Bowie’s innovations with MOR with Ben Monder’s muted guitar solo not quite penetrating the audio picture. The song saved by Bowie’s breezy casual resignation, one wonders how this record might be considered designed for personal use only, not considering the audience at all. Although Bowie went nowhere near as far as Dave Gilmour’s disappointing overtly commercial solo album, I rather consider this album to be calculatingly aimed at discerning audience of well-educated and well turned out critics and public alike and from that point of view he has succeeded massively.

For me I hear the amazing artist he is behind the rhythms, behind the video concepts and although like so many older artists that leave us grabbing for a rope, he still manages to stimulate, inspire and present something that most 69 year old’s outside Jazz and Blues could never do – he’s still arty. But although it’s a solid album with high points throughout, in the end we never get the pure art, that total abandonment of commerciality that he found on Low whilst still exciting the charts and most frustratingly he exposes us to the interesting tracks before the album is released and doesn’t follow them up with equally stimulating jewels on the album proper, a bizarre reversal.