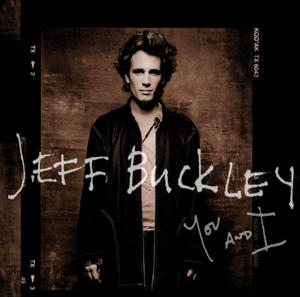 Jeff Buckley’s mother, Mary Guibert will oversee the release of unreleased Jeff Buckley recordings on a new album called, You And I expected in March. The album consists of mostly covers recorded in 1993 in New York. A video has appeared for a cover of The Smiths’ I Know It’s Over and an audio version of Bob Dylan’s Just Like A Woman. I have posted two audio versions of the songs. If you wish to see the video for I Know It’s Over, click the link to Rolling Stone below.

This is the track listing for the album:

There’s a cover of Led Zeppelin’s Night Flight from Physical Graffiti (1975), Sly Stone’s Everyday People (1968) as well as another Smiths’ song, The Boy With The Thorn In His Side, both Smiths’ songs come from The Queen Is Dead album, released in 1986. There is also an early recording of the title track from Buckley’s only album before his tragic, stupid and ridiculous death, Grace released in 1994. Another track, Dreams Of You And I, is I presume, a version of You And I from the posthumous, Sketches For My Sweetheart The Drunk released in 1998.

Jevetta Steele’s, Calling You is best known from the soundtrack of the film Bagdad Cafe (1988). Written by Bob Tilson who also produced it, his version also appears on the soundtrack album. It’s not hard to imagine Buckley singing this song (versions are available on You tube). Don’t Let The Sun Catch You Cryin’ was written in 1946 by Joe Greene (Greene wrote songs recorded by Ella Fitzgerald, Anita O’Day and Dinah Washington). The song was released by Louis Jordan And His Tympany Five in 1946 and has also been recorded by Ray Charles in 1959 on the album, The Genius Of Ray Charles, Jackie DeShannon in 1965 on her album, This Is Jackie DeShannon, Dr. John on In A Sentimental Mood in 1989 and Paul McCartney on his Tripping The Live Fantastic album in 1990. Poor Boy Blues is one of the oldest Blues songs of unknown origin, recorded by Bukka White, Howlin’ Wolf , Jeff Beck, The Black Keys and many many more.

Buckley’s incredible voice isn’t just appreciated just in his three and a half octave range, his soaring purity or his controlled vibrato but in the quieter, softer moments when you can hear the beauty of his tone as if an angel is whispering in your ear.