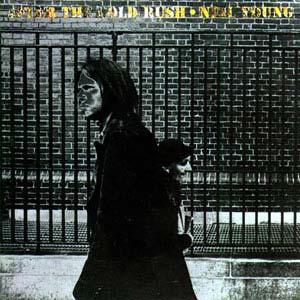 Can a record be too good? Can you play a record too much? Can you know it too well? Does a record lose its mystery with constant playing? Can you ever love a record as much as you did when you were younger? Why do many musicians get worse at their art whereas actors and painters mature? Answers on a postcard please to In Deep Music Archive, Sea Of Vinyl Avenue, Obscurity City, Mysteryland, Planet New Nostalgia.

A new album becomes an old album doesn’t it? But how can you ever get over Revolver or Electric Ladyland, Led Zep 1 or The Only Ones’ Even Serpents Shine or Robert Wyatt’s Rock Bottom, Ziggy Stardust or Low or After The Goldrush or Harvest. Will a record you loved after you are 30 ever have the impact that a record did when you were an adventuring sponge? How do you get beyond them? How can a new record compete? As I sit here and listen to After The Goldrush, I am so familiar with the songs, the lyrics, the melodies, the arrangements, the production, the drum sounds, the acoustics, the piano and Neil Young’s unclassifiable alluring, high pitched wail that I am at loss at how to objectively introduce this masterpiece to a lucky stranger who is yet to hear it for the first time.

Produced by Young and David Briggs with engineer Kendall Pacios, After The Gold Rush was released shortly after Crosby, Stills, Nash & Young had reached the No.1 spot with Déjà vu, consequently catapulting Neil Young to mega-star status on his third solo album, reaching No.8 in the US charts. His next album Harvest took him to No.1 with a massive hit single Heart Of Gold also reaching No.1 in 1972.

Although credited to Neil Young it was supposed to be a Neil Young and Crazy Horse album like the former album Everybody Knows This Is Nowhere – Ralph Molina on drums, Billy Talbot on bass and  Danny Whitten on guitar but it wasn’t working and the drugs were to blame. The whole story of Whitten is a tragic one, after he was given another chance he couldn’t get it together and after Young fired him again he died a heroin related death, Young blaming himself for years afterwards. CSNY bass player Greg Reeves played bass, Nils Lofgren played guitar, Jack Nitzsche played piano, Stephen Stills guested on vocals and that shared line-up made the album a Neil Young solo album.

All songs on the album were written by Young except Don Gibson’s country hit from 1958 with Chet Atkins, Oh Lonesome Me a No.1 on the country chart and No.7 on the US chart. After The Gold Rush famously a hit for Prelude, a cappella reaching No.21 in the UK and No.22 in the US in 1974 has been covered many times. Only Love Can Break Your Heart reached No.33 in the US for Young in 1970 and it too has been covered countless times.

Can I tell tell you about the songs? I think you either know already or need to discover them yourself. Stephen Stills, Graham Nash and David Crosby must have fallen off their stools when they heard this. After The Gold Rush is one of the greatest albums ever made although I cannot sincerely make that claim because I have heard it so many times that I have absolutely no idea if it’s even real, I might have dreamed it when I was travelling in the silver spaceships.