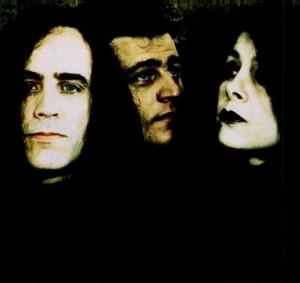 Staying in California and the realm of strong women, Johnette Napolitano’s Concrete Blonde released Caroline as the second single from the album Bloodletting after the first single, Joey had penetrated The US Top 20 and made it to No.2 in Australia. The band featured longtime collaborator ex Sparks member and flash guitar player James Mankey and ex Roxy Music drummer Paul Thompson as original drummer Harry Rushakoff dropped out for rehab.

The chemistry that made the band’s core Mankey and Napolitano began in their first band together, Dream 6 and has blended some unlikely elements. Napolitano’s passionate vocals and emotional lyrics with Mankey’s rather spectacular guitar playing and tone are unusual. But this coming together created a band that defy categorisation and effortlessly incorporate Punk, Pop New Wave, Metal, Indie, Goth, Country, Rockabilly and Mexican influences.

Although the band has taken long sabbaticals since they formed in the mid-eighties they occasionally reappear for shows. They have a new permanent drummer in Gabriel Ramirez. If you hear they are playing I suggest you take the opportunity to see them as they are not always around. If you want to investigate their albums. There are live and compilation records and there are eight studio albums to choose from. Caroline comes from their third album Bloodletting.

Johnette Napolitano also made an album with Holly Beth Vincent from Holly And The Italians called Vowel Movement. Holly And The Italians are best known for the original version of Tell that Girl To Shut Up, a big hit for Transvison Vamp in the 1988. Pretty And Twisted is a collaboration with Wall Of Voodoo guitarist Marc Moreland. Johnette Napolitano also has solo relases that you need to search for:

Their is also a legendary unreleased solo album called Sound Of A Woman recorded for Island records in 1996/97. If you have it, you know where I am. Concrete Blonde’s most recent release came in 2012 with the single Rosalie/I Know the Ghost.