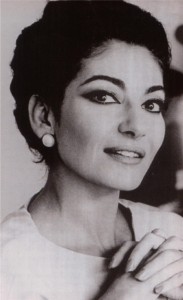 Isn’t it wonderful to live in a world where music is free, a world where I can listen to Maria Callas sing all night on YouTube. Personally, I like to have a record collection, I like the aesthetics of vinyl and if there are some unfortunate scratches, if they aren’t too bad then it’s like a comfortable pair of shoes with a slight leak, or your favourite jacket, threadbare jeans are so soft to the skin. Scratched records don’t always interrupt the enjoyment of a record, it’s warm interference, and we live in a world where listening to a record undisturbed from beginning to end might be less common then it was, maybe not, maybe I’m out of touch.

I love YouTube and Spotify as a tool to discover music that I will later buy on vinyl or CD, I have a lot of music on both formats and used to always rip friends CD collections so as to discover music that I had never heard from past and present. Well we don’t have to do that anymore, the latest Mac Book Pro no longer has a disc drive and you can’t buy a new Ipod anymore and a second-hand one is way overpriced.

Tonight I wanted to write about another Jean-Jacques Beineix movie soundtrack, Diva, but I can’t find it on YouTube or Spotify. I have it at the In Deep Music Archive in Cornwall but I am in Stockholm. Is it on iTunes? Well I have some issues with Apple IDs, American accounts, European accounts, but my shortcomings with computer set-ups notwithstanding, I’d rather not use iTunes as a source to purchase music because although it seems most of the world is doing it, I’d rather reserve cash for actually buying music as a physical representation.

However vast the internet might be, tonight I cannot find Diva, despite or due to it being French, arty, eighties and featuring Opera. So I am spending the evening listening to various female Opera singers. Maria Callas (Greek-American) was a world famous soprano that most everyone of my generation has heard of but likely didn’t listen to because well, it’s Opera. It’s like you have to be trained from an early age to appreciate it, it’s stiff old people’s music and you even get the idea that not everyone at the Opera House is there because they are in love with the music. It’s the spectacle, the clothes, the jewellery and that’s just the audience. Then there’s all that singing in Italian that you can hardly decipher even if you’re fluent. I can’t imagine how a younger person would discover Opera, or would investigate the genre or care at all – there’s no beat.

Then there’s availability, see how you fare going out into your city looking for a new CD or vinyl version of Maria Callas singing, La Wally. One of the greatest singers the world has ever known and I can’t find a shop to buy a new copy of one of her records. Bear in mind that she was one of the most famous, so how hard would it be to find Mado Robin’s (French) reissued early recordings on lovely remastered vinyl? The video posted didn’t even bother telling us what the piece of music that she sang was called or who it was written by, just the sensation of how high a note she reached. But sensation and sex generally wins out over talent and even if you have both, as Maria Callas did, and reach the status of legend (like the Opera equivalent of The Beatles), it might be hard for anyone born in, let’s say the last thirty years, to know or care about who you were. Popular stars of the twenties, thirties and forties are remembered by their age group and few others, Vera Lynn, The Andrews Sisters, but if the once popular legends are forgotten then what hope is there for Opera’s equivalent of The Move or The Kinks – Rita Streich (Russian) or Maria Stader (Hungarian). Go fifty years into the past, take English out of the equation, put them in the Eastern Bloc in a genre designed to omit the interest of the young and like a dying language they are gone.

Did you ever listen to Classic FM or any Classical radio programme with advertising? First there is an incredible stirring piece, the masters at work and then an advert for a funeral parlour or life insurance as if Classical music stations are only for the nearly dead. Nobody under ninety can listen to it without expecting to die. So for classical music to appeal to a younger crowd they have to sex it up – hot chicks with violins, super talented babes sensationally throwing around their cellos like Jimi Hendrix in a mini-skirt. Is it really the image of Classical music that will appeal to younger people and not the power and beauty of the music, the passion and the skills of the singers, the musicians, the profundity of the piece?

Leontyne Price (American) is 89 years old and one of the few black women that became famous in the genre, the other time anyone outside of the genre might have seen a black woman singing Opera was when Diva was released with Wilhelmenia Wiggins singing La Wally. To know about Wilhelmenia you would have to be an Art film nut and be excited by the latest French thought provoking drama/thriller/love affair au cinéma. You are probaly aware of Montserrat Caballé (Spanish) because of her duet with Freddie Mercury. In the contemporary world you might know of Katherine Jenkins (Welsh), talented, very easy on the eye and even appeared in a memorable episode of Doctor Who. Or sweet Charlotte Church (also Welsh) who discovered booze and blokes and went Pop. But it’s difficult with contemporary high quality singers Operatic and otherwise, it’s all such a schmaltzy image and even the emotional and talented Lucy Kay (English) has little chance of appealing to an audience of her own age. If you are actually willing to take a chance and randomly pick up Classical and Opera albums then you are in luck because you can find them in old cardboard boxes in junk shops or in the very cheap section in record stores, unless of course they decided to throw them away as unsellable. Aficionados are out there, it wasn’t so long ago that the classical department at HMV in London was huge. Sadly, interest in these icons of the voice is at an all time low and their contribution to music is reserved for an elite that know how to appreciate their genius. In some ways these afficionados can’t beleive their good fortune because although it’s hard to find a physical place to buy new records in the genre, on line there is still a large market place and classic recordings on both vinyl and CD can be very cheap.

But as usual the record labels have got it all wrong, go here and weep:

As if dedicated classical music buffs want to buy Now’s That What I Call Classical? And how on earth does that appeal to a serious younger generation. Treating the public like idiots doesn’t sell records in the classical genre. If they would release new interpretations of classic works with captivating artwork, expert sleeve notes, appealing stories about the piece and the composer, pushing the depth and fire in the work, maybe then they could breakthrough to a discerning audience and equally not alienate those that are insulted by the marketing.

In the meantime my evening of female Opera singers continues although as I’m partial to Stravinsky I intend to investigate The Soldier’s Tale, Petrouchka and Orpheus. So don’t call me, don’t FB me or text me, don’t skype me or E mail me because I’ll be listening intently from beginning to end without interruption.