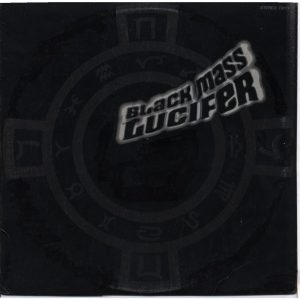 Black Mass attracts perhaps the strangest demographic –  Easy Listening for Satanists. So unpack your dagger, iron your red cloak and break out the popcorn, it’s gonna be a fun night.

Arriving in Franklin just south of Nashville to play Music City Roots, I never expected to find a record store (Luna records) in the same building and then to find this hard to find record in such an unlikely setting. “Supernatural Synthesizer”, “Moog goes supernatural”. Lucifer is actually Mort Garson who in another unlikely encounter with Earth co-wrote Our Day will Come, a hit for Ruby and The Romantics (1963) a US No.1. The song was also recorded by Amy Winehouse, originally for her debut, Frank (2003) but wasn’t released till after her death on the Lioness album (2011).

A day of contrasts then, first a show with a new band, all of which are now in bed as I write this, so I’ll save all the hyperbole about how great they are till I’m alive rather than the living corpse that writes this to a soundtrack of a horror movie that never was. But what of Mort Garson? Well, he was essentially an arranger and composer and you would be best served by clicking the links below to hear the album and give you an overview of his work. The alternative would be to  have me draw the pentagram to summon the dark lord to help me stay awake to describe this fascinating chapter in the history of Electronic music.

So now after a long day of sharing with some wonderful people, both musicians in the band and on the bill tonight, helpful crew, presenters and administrators, I need to sacrifice a goat and go to sleep.