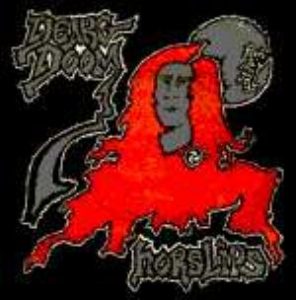 Walking down the street in Dublin yesterday I saw a man in an Old Grey Whistle Test T-shirt. I was thinking about the words, Old and Grey and how they didn’t scare off the youth in the time when that programme was the one that all discerning young viewers and listeners watched. Age wasn’t the issue, it was the music, Punk seemed to demand youthfulness from its followers although it let The Stranglers’ Jet Black and The Police’s Andy Summers off the hook for some reason. Double standards are rife these days but I also find an open mindedness towards older music from younger people and that seems to get little attention from the media, except in the case of say Led Zeppelin or Black Sabbath and some others – the old mega bands, you hear little about current youth’s relationship with Alex Harvey or Be Bop Deluxe.

The In Deep Music Archive is packed with older music that no-one under a certain age will ever hear because they never get told about it or directed towards it, it’s not on the radio or the TV and the internet is a swamp. Perhaps it’s attention span, perhaps there’s enough interesting new music around but you get the feeling that there would be a lot of happy people under 30 if they were simply made aware of Japan or Badfinger.

In Ireland in the seventies there were many great bands, in Rock – Rory Gallagher, Thin Lizzy, in Folk – Planxty and then in the newer genre of Celtic Rock there was Horslips. They formed in 1970 and released Happy To Meet Sorry To Part in 1972. It’s worth mentioning for its extravagant cover art alone but the band’s music was a fusion of traditional Irish jigs and reels mixed with Rock music. Their second album, The Táin was a concept album based on an old feud over a prize bull. It featured the song Dearg Doom, out of nowhere the song went to No.1 in Germany.

Although Horslips (originally Horslypse) broke up in 1980 they have now officially reformed. There’s many albums to catch up on but as they contented themselves with remaining based in Ireland they are only known to those of us mad enough to investigate the bands that the media might have missed, if not then most certainly now.