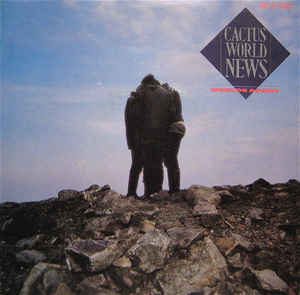 Cactus World News were formed in Dublin in 1984 by Frank Kearns on guitar and Eoin McEvoy on vocals with Wayne Sheehy on drums and Fergal MacAndris on bass. Worlds Apart was the second single from their critically acclaimed debut album, Urban Beaches released the same year. The song reached No.58 in the UK charts.

Despite the attention they received, their second album, No Shelter was shelved by the record company and they were dropped. After No Shelter failed to come out both Sheehy and MacAndris left the band. Continuing with different members the band split up some years later without releasing another album. No Shelter wasn’t released commercially until 2004.

An album of unreleased and rare tracks was released in 2015.