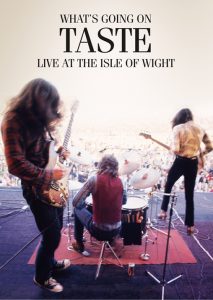 Before I leave Ireland for Liverpool at the weekend, after my show at Whelan’s with the creative flourish of Frank Kearns and ahead of The Book Of Kells, I’ll be finding Rory Gallagher’s statue and paying homage to one of my favourite ever guitarists.

Here’s some footage from his early band, Taste with John Wilson exploding on the drums on the second clip (on Blossom Toes drum kit) and Richard McCracken on bass and Orange head.

The Taste DVD and documentary was released in 2015.