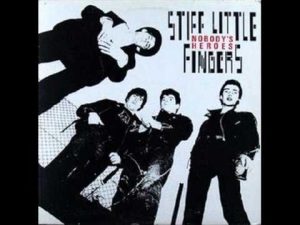 Two bands from Northern Ireland that made lasting impressions. Originating in the Punk scene, Stiff Little Fingers were from Belfast, formerly a Deep Purple covers band called Highway Star, till they discovered Punk Rock and forming as Stiff Little Fingers in 1977. They sang about “The Troubles” and were an edgy, growling powerful four piece.

Teenage Kicks was DJ John Peel’s favourite song, the first line of which appears on his gravestone.