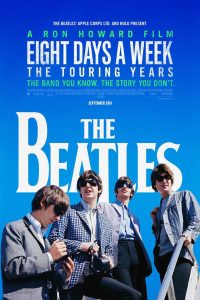 After some weeks of touring, travelling, investigating the universe from both a musical and philosophical perspective, after discovering Krakow, Warsaw, Inowroclaw, Gdynia, Sopot and Gdansk in Poland wondering about the future of Riverside after the tragic death of their guitarist Piotr Grudzinski and learning unpronounceable words. After jamming on stage with Theo Travis in Veruno and making friends with John Etheridge, Nick and Roy Babbington from Soft Machine, after staring in wonder at the Duomo in Milan and contemplating Banco, PFM, Il Balleto Di Bronzo, Loccando Della Fate, Le Orme, Area and Acqua Fragile and staring from the stage out to sea at the Crescendo Festival north of Bordeaux in France and dreaming of Magma.

After busking with Olivia and Frieda (a clown!) in the streets of Bochum in Germany, sitting outside Cologne cathedral and thinking of CAN, eating dinner in Düsseldorf and imagining Ralph and Florian walking in the seventies and inventing Kraftwerk. After nights in Münster, Dortmund, Mönchengladbach and after seeing Patti Smith in Essen and actually meeting her (okay it was brief), hanging with long time bassist Tony Shanahan and her occasional drummer Seb, after rehearsing in Stockholm and playing all over Europe with Swedish moody Progressive Rock magicians, Anekdoten and finally spending some time with friends in Hamburg, I have landed in Penzance at the In Deep Music Archive and VIP Room studio where I will do some sessions and start work on Noctorum 4.

After all that, all that cultural exposure, speaking French and Italian, Swedish and German, I found myself back home in England in the front row of the Newlyn cinema watching Eight Days A Week, Ron Howard’s Beatles movie – The Touring Years and experiencing the accents and the humour of the place I grew up as a teenager, Liverpool, through the songs of the biggest band that the world has ever seen.

Although you’ve seen most of it all before, heard the cracks, seen the hysteria, there is some footage I hadn’t seen –  at the end a 30 minute segment from the Shea Stadium show. But all the old jokes are still funny, all the old songs are still timeless and the through it all it was four lads having a laugh. One fleeting humourous sign at one of the airports “Beatles , Unfair To Bald Men”. Go see it, you’re dead if it doesn’t make you smile.