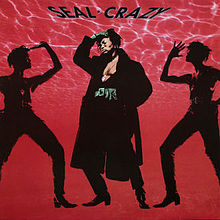 A gale force wind swooped down on Penzance today followed by a monstrous enveloping cloud that drew the sky so close to the sea that it was only distinguishable by the contrasting colours of soft grey and cheese green. The rain visible before it hit the shoreline terrorised the inhabitants in slanting painful darts that penetrated the skin, bruised your lips and stung your eyes.  The billowing waves rose like they were suddenly pumped full of air and fell deflated into an uneven trench before breaking onto the harbour wall drenching the pavement. Bobbing up and down rising and falling like a merry-go-round was a lone seal, only it’s head exposed displaying long distinctive whiskers and bowls of dark brown marbles for eyes.

Seagulls hung in the air, floating on the high winds carrying them precariously towards buildings and other dangerous obstacles: lamp posts, power lines, chimney stacks, red rooftops and conical towers. Somehow unaffected by the driving rain the birds glided between all the edifices and seemed to consider the storm more of an opportunity to enjoy their wingspan and show off their aeronautical skills.

Seal Henry Olusegun Olumide Adeola Samuel first came to the attention of the British public in 1990 as lead singer on Adamski’s Killer, reaching No.1 on the British charts. He released Crazy as his debut solo single reaching No.2 in the UK and No.7 in the US in 1991.

“We’re never going to survive, unless we get a little crazy”.