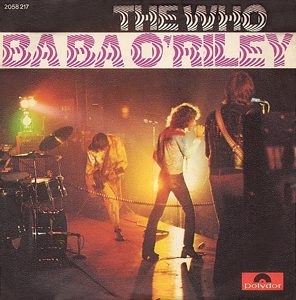 Cornwall is simply beautiful with an allure of its own that includes a myriad of exotic vegetation, dynamic coves, ancient sites, the leftovers of a once booming Tin Mining industry with overgrown chimneys, rusting machinery, crumbling buildings and coastal walks galore.

On Sunday 4 friends drove to Porthcurno about 8 miles outside Penzance. We accelerated up steep inclines, lined by granite houses that quickly turned into fields behind high hedges as the countryside surrounded us cutting our way towards the sea.

We arrived at Porthcurno parked outside The Telegraph Museum the site of Marconi’s first Atlantic cable. We walked a small rocky path towards the beach and moments later we were standing in awe at the site of massive crashing waves and foam, illuminated by bright sunlight. The roar of crashing sea pummeling the beach and the sand between the cliffs had us mesmerized, frozen to the spot, experiencing glorious nature in the throes of dynamic display.

Climbing the mountain path by the side of the beach had us witness the spectacle from higher and higher until reaching the flat we headed towards Porthchapel, the next cove clambering across giant rocks, tossed there by prehistoric tectonic plates and now immovable, slow erosion their only enemy.

Stumbling like ragged puppets, we let gravity steer us down towards the beckoning waves, crashing down below us, throwing suds of foam, picked up by the wind, flung high into the air cascading down onto the gorse. As we got closer the pathway became invisible, jagged protrusions our obstacles as we eventually jumped down onto the soft wet sand. The sea, an enticing charismatic mantra of sound, an hypnotic visual treat, a reminder of the dignity of nature.

Scuttling back up the hillside we made our way towards the legendary Minack Theatre, hewn out of the rock face and home to players that grace the stage in one of the world’s most breathtaking locations. Leaving behind the magnificent view and colourful gardens of the Minack we made our way inland towards the ancient St. Levan church, zig-zagging under canopies of trees on pathways threatened by encroaching nettles and spider webs.

From there across fields of crops till we found ourselves on a small country lane and back in site of The Telegraph Museum. Outside a guest house was a 1967 (F reg) Riley Kestrel 1300 in choclate brown and grey, such an ordinary car and yet now quite rare, an striking anachronism. I don’t think I’ve ever seen one in modern times although they were probably reasonably plentiful in the sixties.

Baba O’Riley was the opening track on The Who’s 1971 album Who’s Next, it was released as a single in Europe but not in the US or the UK. The song was rescued from Lifehouse, Pete Townshend’s aborted Rock Opera and follow up to Tommy. A enduring composition of the Rock era the title allegedly refers to two of Townshend’s major influences, Meher Baba the Indian spiritual master who professed to be God in human form (open to interpretation) and avant-garde composer Terry Riley, the sequencer part of the song directly inspired by Riley’s approach to music.

Like the Riley Kestrel, Baba O’Riley is a classic.