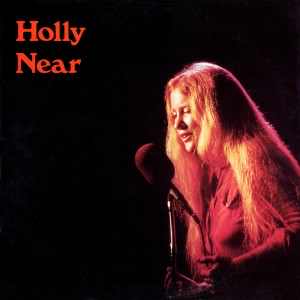 Holly Near’s almost a cappella song, It Could Have Been Me is a reaction to the Kent State shootings on Monday May 4th 1970. Students were protesting against the Cambodian campaign announced by President Nixon when the national guard opened fire, killing four unarmed students and injuring many more. At this time a young Chrissie Hynde was a student at Kent State – This from Wikipedia:

“Then I heard the tatatatatatatatatat sound. I thought it was fireworks. An eerie sound fell over the common. The quiet felt like gravity pulling us to the ground. Then a young man’s voice: “They fucking killed somebody!”. Everything slowed down and the silence got heavier.

The ROTC building, now nothing more than a few inches of charcoal, was surrounded by National Guardsmen. They were all on one knee and pointing their rifles at…us! Then they fired.

By the time I made my way to where I could see them it was still unclear what was going on. The guardsmen themselves looked stunned. We looked at them and they looked at us. They were just kids, 19 years old, like us. But in uniform. Like our boys in Vietnam.”

Holly Near is the archetypal singer/activist, she also acts, appearing in shows, in film and in cabaret. You thought Laura Duncan and Ani Difranco were off the European radar, well Holly Near might possibly never cross your path despite her being around since the seventies. Dedicated to causes and philanthropic actions, Holly Near is a strong voice when it comes to affecting social change and gaining equality for minorities and progressive political policies.

It could have been me, but instead it was you
So i’ll keep doing the work you were doing as if I were too
I’ll be a student of life, a singer of songs
A farmer of food and a righter of wrong

If you can die for freedom I can too

If you can sing for freedom I can too

A woman in the jungle so many wars away
Studies late into the night, defends the village in the day
Although her skin is golden like mine will never be
Her song is heard and I know the words
And I’ll sing them till she’s free

If you can live for freedom I can too