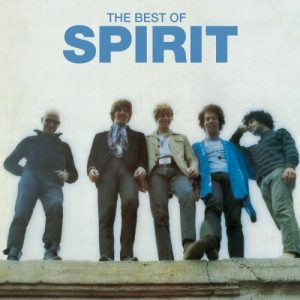 I just arrived in Santiago after a 13 hour flight from Madrid and as we were flying over Chile, I suddenly noticed that we were flying over The Andes. I cleverly had my camera in my suitcase and my phone out of battery, but Olivia is flying in from Argentina shortly so hopefully she can capture their daunting glory and we can post some Instagram pictures later. The Andes are the longest mountain range in the world stretching for 4,300 miles (7,000 kilometres) across Venezuela, Colombia, Ecuador, Peru, Bolivia, Chile, and Argentina.

So as I wait here at the airport I thought I should write something relevant before I fall asleep and thought it might be amusing to right about Spirit as they are really good, get little attention and their bassist was called – Mark Andes. Fresh Garbage was the opening track on their debut selt-titled album released in 1968 and written by Jay Ferguson.(On the demise of Spirit, Ferguson and Andes would go on to form Jo Jo Gunne).

This album is also where you can hear Taurus, the song that Led Zeppelin allegedly plagiarized although they were found innocent of any wrong doing in a recent court case. You make up your own mind.

Lyrically Fresh garbage repeats the same lines, musically it has a classic sixties riff that becomes Proto Prog and is it just me that can hear Gentle Giant in this song? It seems unlikely as Spirit are from California and Gentle Giant began in Portsmouth but something crosses over – doesn’t it? Palm trees on the south coast? Or is it that bands of era have a similar sound despite their alleged genre.

Now I’m in Chile I’ll see if we can enjoy some more tenuous connections to musical history.

Look beneath your lid some morning,
See those things you didn’t quite consume—
The world’s a can for
Your fresh garbage