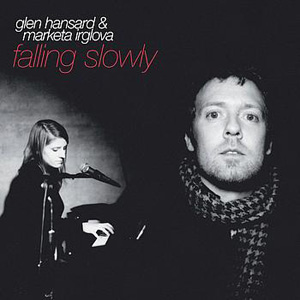 As possibly the last person on the planet to be aware of this song, the film, the academy award, it seems to fit in well with my duo thread, harmonies, boy/girl thing. I’m not sure how these threads start – one thing leads to another I suppose.

I’m also not sure how songs like this become massively successful in a world of amazing songs that are ignored. Good luck to them, well done, but how does it happen? I have nothing at all bad to say about Ed Sheeran except how can he possibly be so huge? Is it luck? Is it his youth? I’m sure he writes well, sings well, plays well – but, well, he’s huge! And yet others aren’t and it seems that he isn’t really doing what you are supposed to do these days to play mega-venues. Hm?

I was listening to Roy Harper’s beautiful songs on the album Valentine (1974) the other day and wondering if the world would love them as much as I do if they just got to hear them? I suppose there’s not room for everybody on the bus. Roy fans will be aware of Roy’s acerbic wit, his attacks on music journalism and the establishment in general and yes he did have an album called Loony On The Bus (1988). But how could the man that sang Have A Cigar on Pink Floyd’s massively successful follow up to Dark Side Of The Moon, Wish You Were Here, the man that had a song dedicated to him by Led Zeppelin – Hat’s Off To (Roy) Harper on Led Zeppelin III, not have seduced the general public like his friends and admirers did, or should I say how come he only captivated the thoughtful?

On his 1974 album Flashes From The Archives Of Oblivion his band included Jimmy Page, Ronnie Lane and Keith Moon. The McCartneys sang backing vocals on Bullinamingvase (1977). Both Kate Bush and Dave Gilmour appeared on The Unknown Soldier (1980) and Once (1990). Heavy friends and with an amazing voice, prolific output – what happened? He even starred in a film, Made, in 1972. Well, he didn’t play “The Game”, did he? Or was it a different game then? Still – a loyal following is something and he certainly achieved that. I have nearly everything he ever released (apart from a complete set of those pesky limited BBC Tapes CD’s). So, what’s the point of all this? Simply the mystery of massive success versus moderate success and how it certainly isn’t about the work? But I guess we all knew that already.

I don’t suppose Glen Hansard particularly played ‘the game’ either. His band The Frames were hardly designed for commercial domination. He was just lucky (or luckier, all musicians with fans are lucky) and having a certain penchant for acting (he was in The Commitments). The film that he starred in as a busker, Once (reflecting his own life), touched a lot of people. I haven’t seen it but I’ve heard about the tears.

And what of Czech singer/songwriter pianist Markéta Irglová? She makes solo albums, lives in Iceland? She must wonder what happened? Catapulted to the limelight with the likelihood of amused reflection whilst contemplating her next poetic album that surely cannot sell like Falling Slowly.

But the song, what is it about the song? Unrequited love and hopeful lyrics seem to go along a way. Expressive voice, a nice duet but it’s that odd high note in the chorus that takes you – isn’t it? A moving lullaby to desire, yes, but the high note, that one fleeting moment, a second in the song, makes all the difference and wow, how such a small thing can have such gigantic consequences. And how for others the hits pour out of them like a mountain stream, no better or worse than the dried up well fizzling out as talented nobodies struggle with equal skills to bridge the gap between them and their mysteriously successful counterparts. Still, like Roy there’s many musical artists from all genres at different stages enjoying a healthy following – the musical landscape isn’t all U2 and the bedsit poet.

Falling slowly, eyes that know me
And I can’t go back
Moods that take me and erase me
And I’m painted black
You have suffered enough
And warred with yourself
It’s time that you won