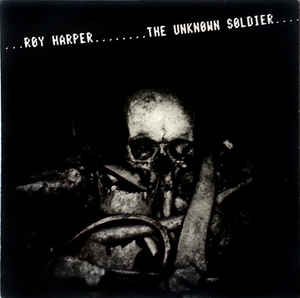 The Unknown Soldier was Roy Harper’s tenth and last studio album for Harvest Records. Released in 1980, You was co-written with old friend Dave Gilmour and featured a duet with Kate Bush. Although Kate Bush was enjoying enormous success at the time, this amazing track seems to be off most Kate Bush fans’ radar (three songs on the album were co-written with Gilmour).

One of the earlier duets that I wrote about in this series was Glen Hansard and Markéta Irglová.

I wondered how one act can become hugely successful, the public stumbling over each other to sing their praises and another struggling to make any impression at all outside their cult fan base, despite their qualities, their history and their heavy friends.

This is what I wrote about Roy Harper:

“I was listening to Roy Harper’s beautiful songs on the album Valentine (1974) the other day and wondering if the world would love them as much as I do if they just got to hear them? I suppose there’s not room for everybody on the bus. Roy fans will be aware of Roy’s acerbic wit, his attacks on music journalism and the establishment in general and yes he did have an album called Loony On The Bus (1988). But how could the man that sang Have A Cigar on Pink Floyd’s massively successful follow up to Dark Side Of The Moon, Wish You Were Here, the man that had a song dedicated to him by Led Zeppelin – Hat’s Off To (Roy) Harper on Led Zeppelin III, not have seduced the general public like his friends and admirers did, or should I say how come he only captivated the thoughtful?

On his 1974 album Flashes From The Archives Of Oblivion his band included Jimmy Page, Ronnie Lane and Keith Moon. The McCartneys sang backing vocals on Bullinamingvase (1977). Both Kate Bush and Dave Gilmour appeared on The Unknown Soldier (1980) and Once (1990). Heavy friends and with an amazing voice, prolific output – what happened? He even starred in a film, Made, in 1972. Well, he didn’t play “The Game”, did he? Or was it a different game then? Still – a loyal following is something and he certainly achieved that. I have nearly everything he ever released (apart from a complete set of those pesky limited BBC Tapes CD’s). So, what’s the point of all this? Simply the mystery of massive success versus moderate success and how it certainly isn’t about the work? But I guess we all knew that already”.

You (The Game Part ll) The Two Halves In Flight is one of the songs I was referring to in this piece. Of course, I’m not deaf, I don’t hear a hit here but I hear great work. I suppose Roy wasn’t quite as sexy as Kate or as catchy or as young and Gilmour’s contribution to the world of music as guitarist, writer, singer, producer and mentor explains his fame.

The world of hits is a capricious beast roaming the streets offering rather different versions of itself as hit making material. Image, melody, sex, technique, dance, fun or cynicism can all be ingredients that qualify as a hit but a profound understanding of the human condition might not help you. Oh and album covers like this might not have Tony Blackburn (DJ) investigating your work. Sorry Roy – but please make more records anyway.