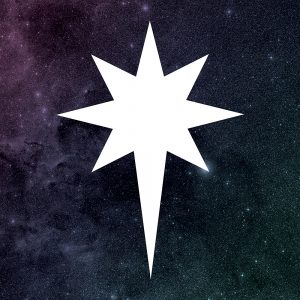 On a misty, drizzly day, Olivia and I went to Truro with Dare as he had an appointment there and we went along for the ride. On the way he said “Have you discovered the record shop in Truro yet?”.

Pete and Hannah run Music Nostalgia inside the Truro indoor market, stocked with both new and second hand vinyl, 7 and 12 inch singles and CD’s galore. There’s rarities, cheaper records and full price new records as another generation has become interested in the physical format and created a demand for the holy black plastic.

I could wax lyrical about the warm and fuzzy feeling of spending an afternoon in a record store with a friendly proprietor and wonder about the rise of the CD as the public were convinced that LP’s were, well, warm and fuzzy when it would surely be better if they were bright and clean. So much for that – and as the CD is retired and replaced with a digital equivalent that the public accepts sounds worse, but doesn’t seem to care, we can confidently shout from the rooftops, “Welcome back vinyl!”, if not just as an antidote to MP3’s.

In the record store today, I found all kinds of different cool records, two Talk Talk 12inches, that damn FKA Twigs album that I’ve had to buy again because it’s disappeared into the shadows of one of those generic boxes in storage and I desperately need to hear it on vinyl (for the full euphoric experience), a Supremes Hits Volume 2, the Patti Smith Hey Joe RSD single and lots more.

But that’s not all, I also found the Bowie No Plan EP. How did I miss that? I wasn’t even aware that it was released. A remix of Lazarus and the moody melancholic title track, followed by the dramatic Killing A Little Time and the odd When I Met You. I love it but I nearly missed it and that’s because there’s so much out there that it’s hard to see it amongst the dross and know which things may be bad and which may be essential – based of course on your own personal taste.

The other thing is that on getting another new Bowie record, it just made me really sad, because there won’t be any more, bits and pieces perhaps, found old tapes, but no more substantial new albums. I wrote about the loss of David Bowie after I had considered his death and wondered what he gave to me, realizing that his gift was to inspire  – this is what I wrote: