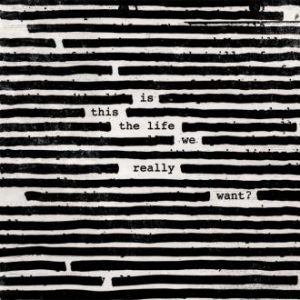 Roger Waters returns next month with his first studio album in 25 years. To get a taste of what it’s like you can listen to three new songs that have been released as either audio (Smell The Roses and Déjà Vu) or video (The Last Refugee) including a live version of Déjà Vu on Stephen Colbert’s TV show.

Water’s social commentary polarizes but I like what I’ve heard so far, it doesn’t sound like a self-indulgent political ramble, it sounds like there’s some songs and some thoughts on the universe, that’s what we want from musicians isn’t it?

The album is produced by Nigel Godrich, he also plays guitar and keyboards on the record. What I don’t understand is how it took him 25 years to make a studio album? His last album was Amused To Death (1992) although his Ça Ira (It’ll Be Fine in French) and subtitled There Is Hope was released in 2005 and had him investigating Opera and the French Revolution. But this is the Waters we know and love or love to hate and one wonders how can a man this opinionated have a quarter of a century between records?

I saw the two previous tours – Dark Side Of The Moon and The Wall and wondered then as to why he was doing it, I enjoyed the shows but still wondered why he wasn’t writing? I imagine that the record will be flooded with negativity whilst drawing large enthusiastic crowds on his upcoming 51 date Us And Them North American tour in large venues.