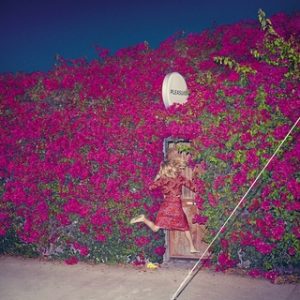 Canadian singer/songwriter Leslie Feist returns with Pleasure, her first album in six years. Feist’s popularity was boosted in 2007 when Apple used a song from her album The Reminder in an advert for the third generation nano ipod. The song 1234, co-written with  Australian singer Sally Seltman aka New Buffalo reached No.8 on the UK charts. I went to see her live some years ago in Sydney when she was touring the impressive Metals (2011). Not knowing too much about her I came away a major fan.

Her latest album Pleasure is a musical adventure, sometimes like an early Polly Jean Harvey and other times a young Jane Siberry. Sometimes I hear a Neil Young influence or is it just something organic penetrating the electricity? Except it’s none of these things, it’s all her. I’ve only heard the album once but I immediately like it. Her vision is simultaneously simple and complex, her voice is soft and strong, she is musically unafraid, I can’t predict where she’s going next and when Jarvis Cocker appears three quarters of the way through the album on Century, talking in that familiar tone, you realize she knows something and like all the best artists she sees the magic and has the means to capture it.

For a more in depth review of the record see the Pitchfork review below.