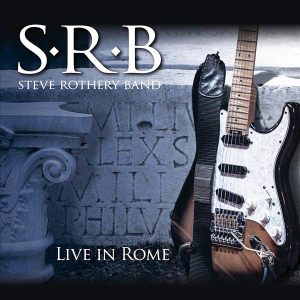 Life goes by whilst you are looking the other way, in that time it’s easy to miss music you may have liked. One blink, one small distraction, one bad decision deciding to do something else and you never became aware of your favourite band.

I missed Marillion after the Fish years, I had a cassette after Fish left that I barely remember. As a Prog band, for me, Marillion never really made it past the Genesis albums that inspired them, especially lyrically. Having said that I have a lot of 12 inch singles and vinyl copies of the first albums, cataloguing their place in history but my age group was satisfied the first time around with Peter Gabriel and the boys sticking with those unsurpassed progressive masterpieces released in the first half of the seventies.

Having seen Marillion this weekend at Night Of The Prog festival (Loreley, Germany), I was surprised to hear such a sophisticated band – their songs and sounds were rather massive, equally reflective and thoughtful, somehow connected to Roger Waters in dynamic and message.

But this post isn’t about Marillion as such. After 3 days of twiddly guitarists whose speed rather than finesse elevated their status, I found myself choosing the tasteful, soaring slow hand of Marillion’s Steve Rothery as my favourite guitarist of the weekend. He might find himself most comfortable standing between Dave Gilmour and Camel’s Andy Latimer and although that in itself might not be the most original of places, his tasteful choice of notes and warm soft tone were a welcome relief from the queues of fast drawing gun slingers that failed to touch a single emotional strand throughout the weekend.

I know nothing of Marillion’s albums since Fish and have only begun to investigate Steve Rothery, the guitarist, today. I hope to address this in the future. Rothery released the instrumental Live In Rome in 2014, a month before his first studio solo album, The Ghosts Of Pripyat. Everybody knows it’s much harder to learn to play slowly.