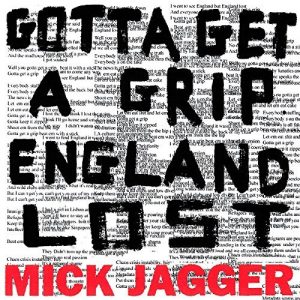 Back at the archive after a couple of months away, playing with Anekdoten in Norway, playing with Olivia in Germany, seeing Patti Smith at the 49th Burg Herzberg festival (where I played my first ever gig with Anekdoten). Attending the Night Of The Prog festival that Olivia hosts and seeing 3 days of the genre that causes such consternation with fans of other genres (you never hear Prog heads having a go at Reggae) and as if the Punk Rock ethic can justify its claim to a style crown. As if Arcade Fire’s ironic disco qualifies them for such plaudits as they stumble sniggering into the mainstream without the present public knowing anything of Funeral. And yes, Marillion were amazing (who knew?). Seeing the ‘other’ Yes was rather sad as the other version tours the US – Jon Anderson’s voice was incredible, I missed Steve Howe, Rabin is the wrong guitarist for the old songs – he doesn’t even try. The two best unknowns were England’s Maschine and the festival’s musical highlight for me, Norway’s Seven Impale.

Whilst we are on the subject of Prog, with an imminent Steven Wilson album, he finds himself regretting his Prog image as he continues to pull large crowds wherever he goes but can’t get arrested in mainstream media because of his twiddly twiddly labeling. Radiohead denied any Progressive connection – smart move. Blackfield continue with Wilson and Geffen for an audience that doesn’t know where to place them despite their quality songs and albums. Prog guy and Israeli singer? Huh, but what is it? In the meantime, Wilson’s remix and production skills seem ignored even though he loves XTC and remixed Drums And Wires, Oranges And Lemons and Nonsuch. Andy Partridge co-wrote two songs on the latest Steven Wilson solo album To The Bone, it can’t possibly be Prog then, can it? Well, the songs we’ve heard so far aren’t, but then neither were some of the songs on Porcupine Tree’s middle albums, although no-one outside Prog cared to acknowledge Piano Lessons, Stranger By The Minute or Lazarus. Oh how the narrow minded wield such power in the world – musically, politically.

As if King Crimson (Wilson remixed their back catalogue) aren’t innovators, exciting and dynamic with that wonderful tag – R’n’R intellectuals with more fury than comedy Metal bands or plastic Punk heroes. I wouldn’t want to criticize The Ramones for simplicity so why criticize Yes for their complexity? Hm, self-indulgent? No, just able to grasp bigger ideas. Ultimately, I don’t care too much about all this, I know we live in a world of hypocrisy, contradictions and injustice where image, hierarchy, wealth and good looks have value beyond their worth.

I listen to old records all the time, I listen to new records all the time. I look forward to Nadine Shah’s new album and hearing Free’s Ton’s Of Sobs again. I’m a music fan as well as a musician, a record collector, a singer songwriter, guitarist, a sharer of knowledge, a European, an equal of all people whatever their race, their sex, their religion or their status. And so you know, I’m anti Brexit, pro gay marriage, anti death penalty, pro choice – women choose, not theoretical morality decided by men. Vegetarian, but not radical. I don’t eat meat, fish, seafood or eggs, but I will eat some cheese, honey and wear leather shoes, that’s not hypocritical because I have no agenda, I just choose not to eat creatures. I also don’t drink or smoke but I don’t care if you do. I don’t smoke weed, I might, but I don’t, I’m not swayed by anyone else’s opinion about the way to be, what to think, what music to like. We listen too little to ourselves and too much to outside influence. I went to see the Stones – Jagger was amazing. Their set list was a heritage act – another band from a different era that can’t write any new songs despite having written scores of classics in the sixties and seventies – makes no sense. Perhaps it’s because they listen to other people, maybe they didn’t in the sixties and seventies.

All this brings me to this unlikely new song by Mick Jagger and in an archive of thousands of records, it’s a pair of songs that are only available as a download. It’s a collaboration with Skepta – I’ve never heard of Skepta, probably because I’m musically narrow minded and don’t delve into Hip Hop or much dancey music, Techno and/or underground genres that I don’t know exist and may not understand. Still, I have an opinion and if I have a criticism of these two songs, it’s that I don’t really rate them as songs, there’s probably a Snoop Dogg song I like, maybe a Dr Dre song, maybe a Kendrick Lamar song – despite the genres, a great song stands out. But as usual, Jagger can deliver as a passionate singer, lyrically, well he’s got himself upset about the world, like all of us with a brain. But surely rather than attacking Jagger (as I’ve read) for his choice of collaborator, we should be applauding him for stepping out of his comfort zone, shouldn’t we? But he’s old (74), so it must be a bad idea. For some reason Miss You wasn’t a bad idea or Fool To Cry – despite being a long way from Sympathy For The Devil and other classics.

The video for England Lost is odd, arty, interesting and as it’s a Brexit song, if you could imagine such a thing, it succeeds in painting a dark picture of the Brexit vote. Don’t you just love those Brexit means Brexit quotes? The people have voted, we can’t reverse it now even though much of the propaganda was lies. I caught a taxi in London in June, the driver told me he regretted voting out, I think a lot of people feel that way. As if everyone’s life is suddenly going to change for the better by leaving. It’s a struggle whatever you do these days, in a world where perpetrators of hatred have never felt more of an opportunity to ‘come out’, spurred on by Trump’s blatant racism, sexism and destruction of the soul of America and the world. Nuclear war anyone? Diplomacy’s for wimps.

The other song, Gotta Get A Grip, has a less than interesting video and is another rather uninteresting song musically but if you do find anything in all this to like it will be how you feel about the lyrics and Jagger’s delivery of them. So love them or hate them, Jagger calling a song England Lost and working with someone from another world and releasing this video seems more interesting to me than Arcade Fire’s flirtation with an audience that wouldn’t give a hoot if they were more interesting, more challenging – at least Progressive Rock took a chance on their own ideas rather than the public’s, the record companies, the DJ’s or those that shouldn’t decide because THEY are not the creators. VDGG anyone? It’s never going to work for me if the tail is wagging the dog. You go, Mick, but next time try to remember to write the song. Ah wait, you did it on Goddess In The Doorway in 2001 with Too Far Gone but everyone ignored you, didn’t they, because you released it on a solo album but not as the Stones? You might as well have said it was Prog.