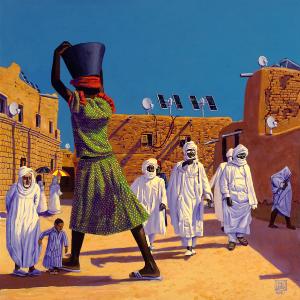 As the year comes to an end and music grows and grows and as the perception of music to those that don’t really listen is focused on how bad it is, one remembers that there’s always been thousands of bands and songs that you haven’t heard that you would love. The Mars Volta might not be your style but if you have the interest you can find something you like by simply turning over some Stones, brushing away The Leaves and Twigs, startling The Birds – this could go on all night.

It doesn’t really matter if music is new or old as long as you like it, no-one says I’m not listening to Mozart anymore – it’s so old. The hipsters think they know better than you, the critics think they know better than you and unfortunately some people believe them. It also doesn’t matter what anyone else thinks, I must say I had a rather negative response to a post by one reader – it rather took me aback, people don’t usually respond like that on the In Deep Music Archive. I couldn’t bring myself to reply despite its rather ignorant tone. I realized that liking popular artists draws criticism. If someone rich and established gets a good review outside mainstream media it might be considered unnecessary attention. Why bother telling the world about Lana Del Rey when A Winged Victory For The Sullen are under most people’s radar. I happen to like and have all of Lana Del Rey’s records despite some critics and some public opinion – I would say the same about A Winged Victory For The Sullen.

The Bedlam In Goliath, one of my favourite albums by one of my favourite bands was crucified by some members of the press and no doubt by those out there who simply don’t like the genre. Everything is wrong – if you don’t like it. Even the video is open for attack but the lesson is ignore everyone, use Spotify, YouTube and the internet in general to find music you like, be wary of opinion and if you find that you like the No.1 single in America or the B-side of an unknown fifties single, love them both unconditionally. Oh yeah and go to record stores!

What is taste? Apart from being Rory Gallagher’s first band, taste is subjective. “How can you possibly like that music? As if anyone knows better than you. So in the coming year inbetween making records, playing shows, joining bands, doing projects, helping people with their songwriting and their guitar playing, their motivation and their singing, writing about music, buying records, reading and generally doing everything I can to support the In Deep Music Archive I will be blazing my own path through the barbed edges of opinion. Despite the focus on their crowd of Pitchfork and the NME, Mojo, Q, Shindig, Classic Rock, Prog, The Guardian, Rolling Stone and their agendas, I will dig out what I like from the public forum and investigate the different approaches different souls have towards this amazing gift called music – I’m eclectic and proud of it.