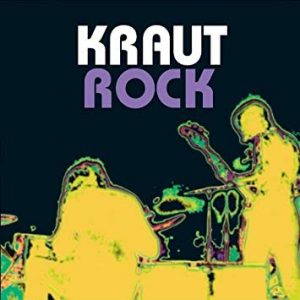 The journey last week to find the graves of Jaki Liebezeit, Holger Czukay and his wife U-She might have piqued your interest in the German post-war experimental music scene of the seventies. By watching this very well put together documentary first aired on BBC 4 in 2009 you will have a much better understanding of what it was all about. (Thanks for forwarding Jed).

Where do you start to explore this music? Well, most people that are interested are already well versed in the Krautrock scene and it might be something of a challenge to introduce new people on a larger scale to something so deep, so influential and so important – something so original, something so new and experimental. Try.

The most successful band that began here were Kraftwerk, an electronic version of the genre. Tangerine Dream’s soundscapes penetrated the universe, CAN hypnotized, Neu, Cluster and Harmonia had Eno and Bowie mesmerized, Popol Vuh’s soundtracks were the sound of Werner Herzog’s films, Faust could get a tune out of a cement mixer – Amon Düül ll blew my mind. Go look, see what you can find, you won’t regret it.