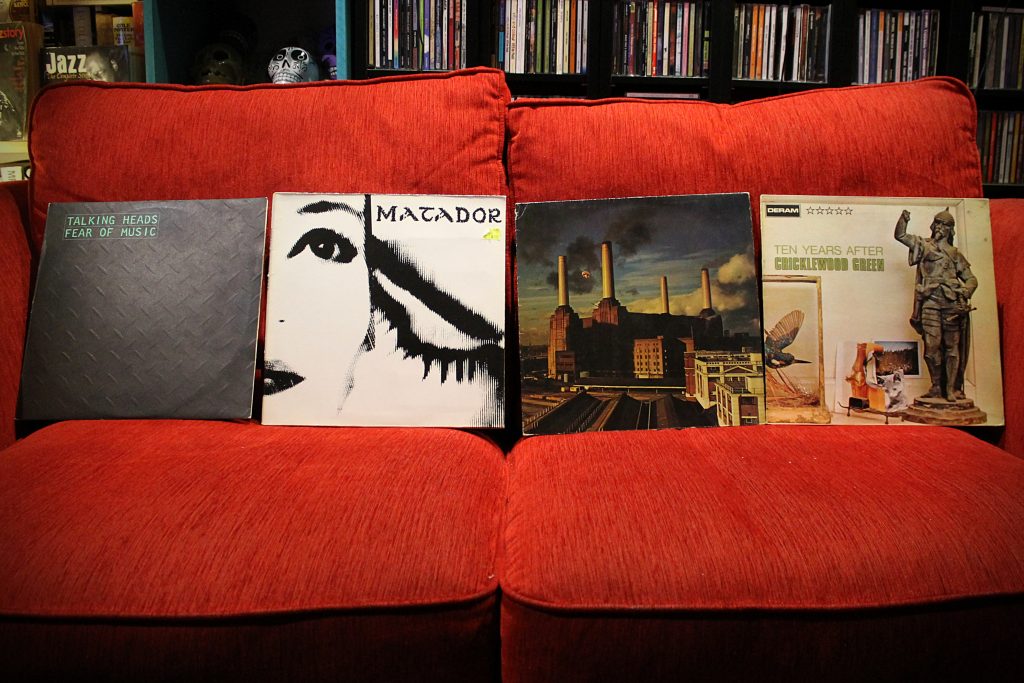 Music today started from the sesh I had with Rohan in Sydney and Talking Heads, Once In A Lifetime came up so tonight I went to what I thought was my favourite Talking Heads album, Fear Of Music, from 1979. It’s produced by Eno and the band and has something very Bowie about it, but it wasn’t quite what I wanted.

I went to the German Dark Wave of Matador and A Touch Beyond Canned Love (1987), it nearly did it, but the record, a recent purchase, was annoyingly scratchy, not what was described when I committed to the purchase. It was dark and interesting, but not the direction I wanted.

A jump to Pink Floyd’s Animals (1977), mostly because sessioneer Tony brought it up the other day as did my mate Spant in Liverpool when he heard the light/serious Space Summit snippet. Dogs? Hm, well I suppose there might be something in the rhythm, but the song I was playing is as far away from Pink Floyd as Matador is from Ten Years After, my next choice.

Cricklewood Green (1970) is that odd mixture of a Blues influenced Englishmen, who discovered another culture and developed a passion for something outside of a Nottingham upbringing where mainman Alvin Lee was born. That’s what I love about the British Blues, its Britishness. Peter Green’s Fleetwood Mac, Free, Groundhogs, it was an interpretation from afar and although never really considered to be anything innovative, groundbreaking or even interesting, it is in fact original as the two worlds collided in the middle of the Atlantic ocean.