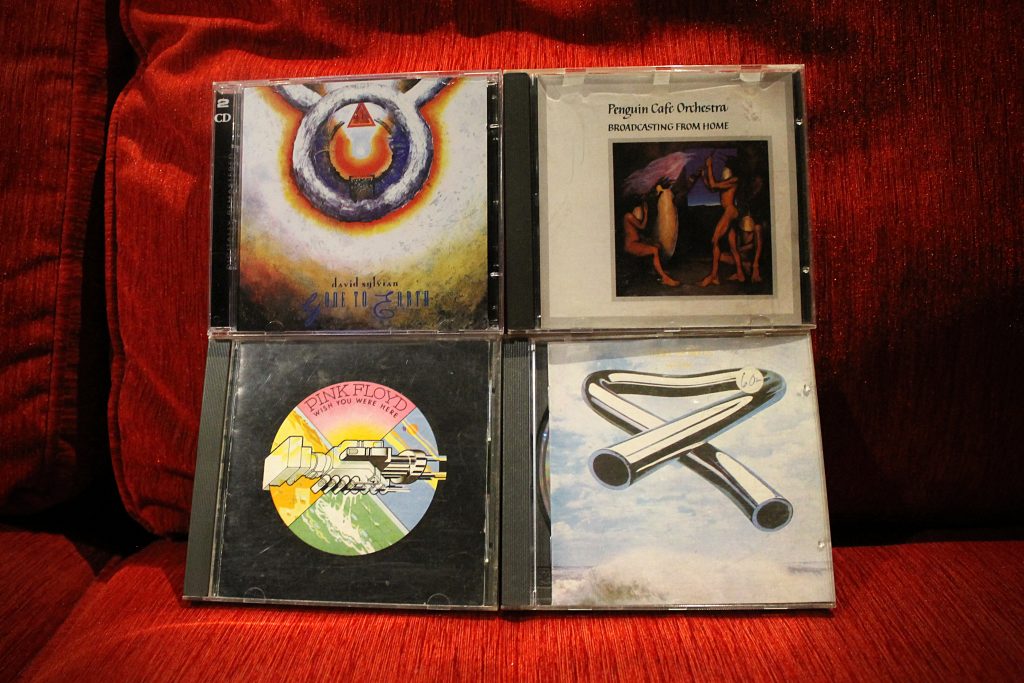 Music today due to how I felt physically has been CD only and why not, I have lots of CDs in the archive to listen to. Pink Floyd’s Wish You Were Here (1975) is my go to I feel sick CD. I put it on very quietly and let it float, it always works, it’s calming without being bland.

As I was on this planet and had time for one more I picked Mike Oldfield’s Tubular Bells (1973), so perfectly familiar and with the same affect as The Floyd.

After Doug I put on another very familiar CD, David Sylvian’s Gone To Earth (1986). If you ever buy a CD of this album, make sure you get the double disc (2003). There’s a single disc version that doesn’t have all the tracks that are on the double vinyl, omitting four of the instrumentals. Who made that decision to cut tracks to make it a single CD on an album like this? So short-sighted, penny pinching, cheap attitude to the art. It’s another charming and warm album with three extra remixes and Sylvian’s special voice with special guests that include Bill Nelson and Robert Fripp. Disc 1 is vocal, Disc 2 instrumental. A must have.

Last but not least tonight it seemed like a good opportunity to listen to the mellow sounds of The Penguin Cafe Orchestra and their third album, Broadcasting From Home (1984). Sadly mainman Simon Jeffes died of a brain tumour in 1997 aged 48. What are they like? This from Wikipedia:

“The Penguin Cafe Orchestra (PCO) was an avant-pop band led by English guitarist Simon Jeffes. Co-founded with cellist Helen Liebmann, it toured extensively during the 1980s and 1990s. The band’s sound is not easily categorized, having elements of exuberant folk music and a minimalist aesthetic occasionally reminiscent of composers such as Philip Glass.”