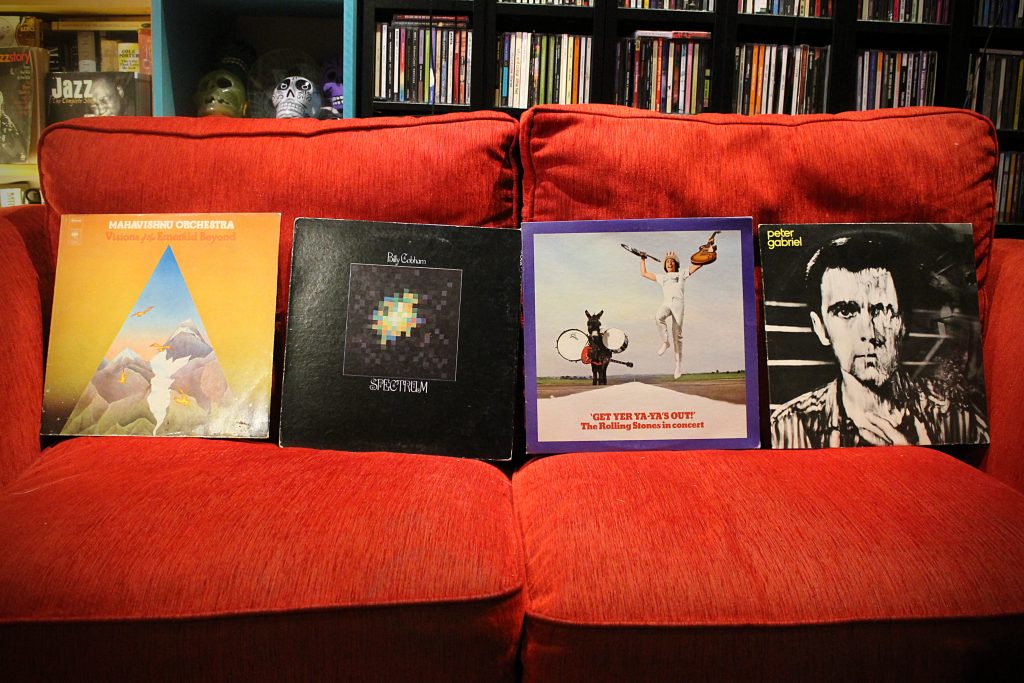 Music today has seen me wondering what my musical compadres have been listening to and today it was Tim P and his major influential albums, Mahavishnu’s Visions Of The Emerald Beyond (1975), Billy Cobham’s Spectrum (1973), The Rolling Stones’ Get Yer Ya-Ya’s Out (1970) and Peter Gabriel (1980).

The Stones’ album, considered one of the best live albums of all time, has six songs with the vocals re-recorded in the studio, extra backing vocals and added guitars on Little Queenie and Stray Cat Blues, but who cares (“Charlie’s good tonight, isn’t he?”). Nobody cares too much about all the overdubs. On Thin Lizzy’s Live And Dangerous (1978) there were countless overdubs, but when a promoter found out that ELO were using tapes on their Out Of The Blue tour in the same year he brought a lawsuit against them. It seems a bizarre response from where we are now.

You might remember Milli Vanilli (Rob Pilatus & Fab Morvan), they incensed someone, I’m not sure who? They won a Grammy for best new artist in 1990 and had to give it back as they were not actually singing on the record. (Pilatus most probably died from an overdose over the scandal, he was 32.) Since when has showbiz cared about the tricks or the truth? For some reason nobody cared who played on Pet Sounds.

Tim’s choices today have obviously been chosen from a drummer’s perspective and Billy Cobham’s Spectrum is considered one of the classic Jazz Fusion masterpieces. Some people might be surprised to know that the guitar player on this album was Tommy Bolin, and also features Jan Hammer on keys and Lee Sklar on bass (mostly). Mahavishnu’s Visions Of The Emerald Beyond is another Jazz Fusion classic with another amazing drummer, Michael Walden, the inimitable Jean-Luc Ponty guests on electric violin.

Last but not least Tim’s fourth choice was Peter Gabriel’s third solo release (1980), a groundbreaking drum album – that sound, the lack of cymbals. It was the return of Phil Collins to Peter Gabriel’s world and also featured Jerry Marotta. Can you imagine the restraint it must have taken for a drummer not to hit a cymbal?