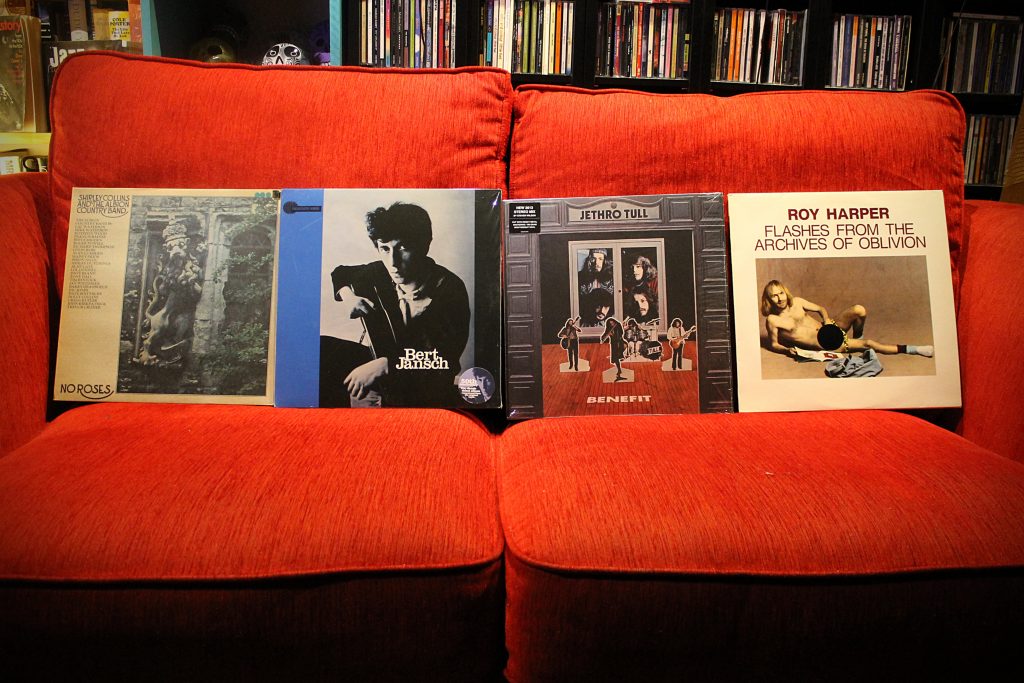 Music today has been chosen by Trevor Boyd, mad music fan with a particular like for British Folk music. We started with a classic, No Roses (1971) by Shirley Collins And The Albion Country Band. It’s some kind of who’s who of Folk luminaries from the era, too many to mention here, but there’s always Wikipedia. Shirley Collins released her first album in 1959 and is considered a dame in British Folk. This album is a classic in its genre.

The next album lives in a similar world with Bert Jansch’s debut from 1965. If you wonder where Jimmy Page found some of his ideas, look no further. A great debut that features Needle Of Death and other classics. Jansch of course went on to form Pentangle, who, with Steeleye Span and Fairport Convention, have become Folk Rock legends.

One of my favourite albums from 1970 (also Dare’s and Boydy’s) is Jethro Tull’s Benefit. A whole lot of great songs, great sounds and nicely remixed on this version by Steven Wilson. It’s a different album to what precedes it (Stand Up, 1969) and a different album to what follows it (Aqualung, 1971). It has all the best things about them in one album, melody, real songs, good lyrics, interesting instrumentation and arrangements, riffs, folky, progressive. An essential record for any collection.

Last but not least is Roy Harper’s double live album, Flashes From The Archives Of Oblivion, released in 1974. (You’ve seen the previous quote.) The inimitable Roy Harper never fails to impress with his lovely voice, acerbic or beautiful songs and his heavy friends, you want to know which albums to buy by Roy, there’s at least ten you have to have – Stormcock, Valentine, HQ, Once, Folkjokeopus, Lifemask, Flashes From The Archives Of Oblivion, Flat Baroque And Berserk, Bullinamingvase, The Unknown Soldier – start there.

Thanks Boydy for today’s recommendations. If you would like to help me choose records on any given day, contact me via the contact page on this website with your choices. I usually play at least four albums, if I have them I’ll play them at some point. A longer list is better as it gives me some other choices if there’s something I don’t have.