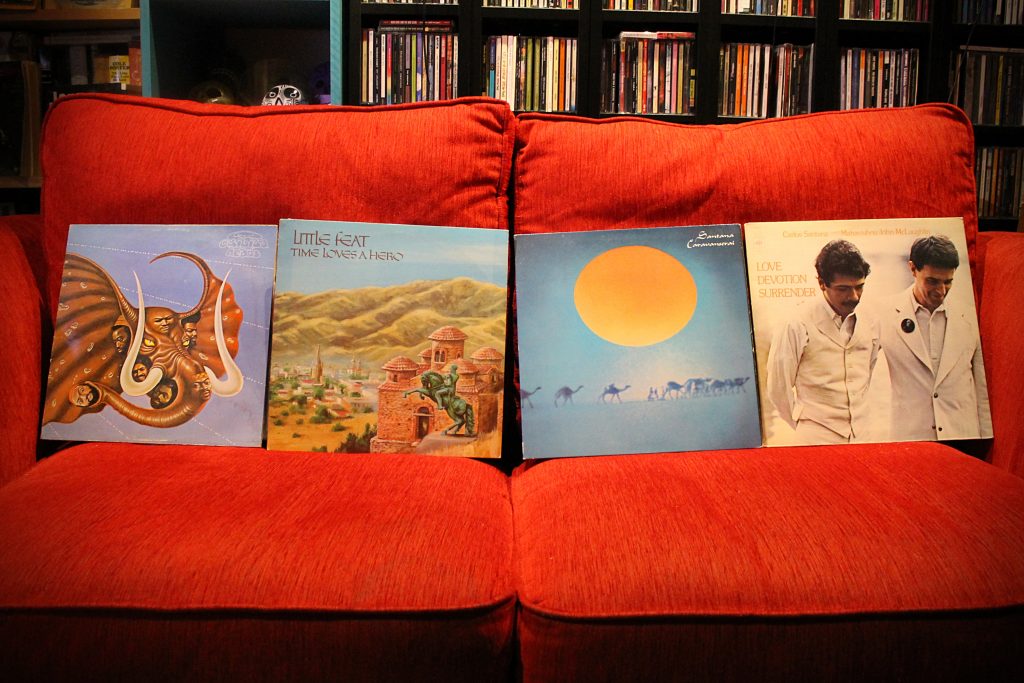 Music today has been chosen by blog reader and listener David Jenkins. Thank you David. So, you readers out there can send a list of records for me to spin, say a minimum of six in case I don’t have a couple of them and I will try and get to your list if I can – I got to David’s. You can send a list of anything and it’s very possible I have them in the archive and it’s possible I don’t, let’s see, In Deep wants to grow, it told me this morning, got me thinking about the missing records list.

Osibisa’s Heads (1972), their third album, is a Soul, Funk, Jazz Fusion, Highlife, Afrobeat mix, warm and joyous, grooving its way into your heart. Their origins were Ghana, West Africa, moving to London in 1969, releasing their first self-titled album as well as their second album, Woyaya, in 1971 with the help of Caribbean musicians who they met in London, including Wendell Richardson from Antigua on lead vocals and guitar. Their original album covers were by Roger Dean. They kept the logo for Heads, but the album cover artwork is by German artist Mati Klarwein, who also did the classic Miles Davis covers for Live-Evil (1971) and Bitches Brew (1970). Carlos Santana used one of Klarwein’s paintings for his classic second album Abraxas (1970).

On the subject of Santana, Caravanserai (1972) was the fourth album and explored more of the Jazz influences and less of the Salsa Rock – out of ten songs only three have vocals. This was the last appearance in the band for Neal Schon and Gregg Rolie who went on to form Journey to huge success. It’s an album of music, not hits or career moves. Clive Davis, boss of Columbia records, called it “commercial suicide”.

Santana’s album with John McLaughlin, Love, Devotion, Surrender (1973), is a real jamming guitar fest. I haven’t listened to this record for years. Inspired by Guru Sri Chinmoy’s teachings – love, devotion and surrender, it became the title of the album (they were both disciples). Dedicated to John Coltrane it’s a frantic album of fast guitars and relentless rhythms. Best put by Robert Palmer reviewing for Rolling Stone, “a series of ecstatic jams on Coltrane and Coltrane-influenced material”. It sounds like a guitar war to me – but I like it.

Little Feat’s Time Loves A Hero (1977) was the last album released by the band when leader Lowell George was still alive. He appeared on one more album, Down On The Farm (1979), released soon after his death from a heart attack. He was 34, granted, he overate, took bad drugs and drank too much. But why were they so loved as a band and respected by other musicians and what were they like? Well Wikipedia says this:

Day At The Dog Races is a 6.27 instrumental that explains what they do best. Like Jeff Beck, I can sometimes do without the Rock ‘n’ Roll Boogie songs and lyrics, but then when you order toast don’t complain about the burnt bread. This is also a later album, I think if you listen from the beginning and end up here you’ll become a fan.