With the sad news tonight that Dave Greenfield, keyboard player with The Stranglers, has lost his life to the virus, I’ve been breaking out my Stranglers albums and playing them all night in chronological order. What a difference he made to this most unusual of Punk bands. Although he might have been musically responsible for their jump into the mainstream with his memorable playing on the hit Golden Brown, followers of the band had been guiding them into the charts since their debut in 1977 with Rattus Norvegicus. Despite their un-PC leanings it was difficult to be 19 years old and not love Peaches with it’s fuzzed up bass.

It seems like a life time ago, but in 1982 (or was ’84) the ex band played in Paris and there we met The Stranglers’ bassist Jean-Jacques Burnel. I don’t remember that much about it, but I remember him being there, care of our road manager who knew him from a previous tour. I had the solo album he put out in 1979 called Euroman Cometh where he was standing outside the Pompidou Centre. Although it is pretty obvious I’m not sure how many people knew he was French, because this too was odd. I also remember reading somewhere that he was a black belt and the band had quite a reputation for hell raising. I remember thinking that he might have to be careful not to seriously hurt someone if he got into a fight and had martial art skills. But he didn’t seem aggressive to me, just a guy, the aggression was in the sound of the bass. The club we were playing at was called Rose Bon Bon. I remember having the club and its phone number written down on a piece of paper. I remember that later on my partner at the time found it and asked, so who is Rose Bon Bon? Ha ha classic.

With the death of Greenfield, Jean-Jacques Burnel is the only active original member. Drummer Jet Black retired from playing live in 2016 (he is 81) and original singer/guitarist Hugh Cornwell left the band to go solo in 1990 after ten albums. I discovered that the main missing album in my Stranglers collection is La Folie (the album with Golden Brown). I also don’t have 10 from the original band and only have the first CD after Cornwell left (Stranglers in the Night) and nothing since 1992. The band continued with John Ellis on guitar who left also in 2000 and Paul Roberts on lead vocals who stayed for 16 years (longer than Cornwell was there), leaving in 2006. They reverted back to a four-piece with Baz Warne who replaced Ellis and both Burnel and Warne took over vocal duties when Roberts left. In their life time The Stranglers had an unlikely 23 top 40 singles and 17 Top 40 albums in the UK, their sound shifting from edgy to smoother as they occupied a unique place in the history of Punk. Tonight I listened to: Rattus Norvegicus (1977), No More Heroes (1977), Black And White (1978), The Raven (1979), The Men In Black (1981), and The Collection 1977-1982 (1982). 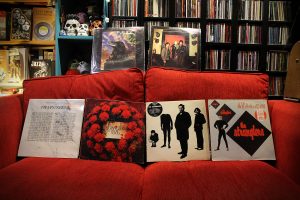 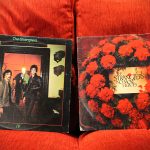 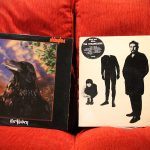 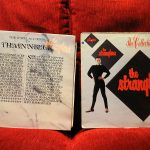