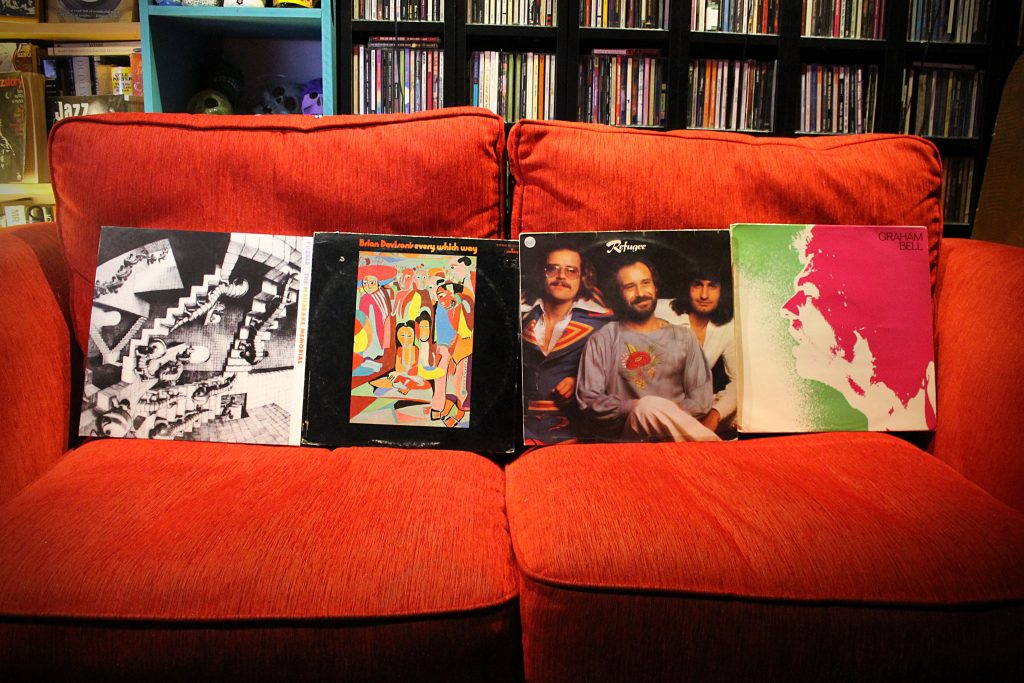 Music today has been directed by the arrival of Puzzle by Mandrake Memorial. The album, their third, was released in 1969 and is something of a lost classic. I was turned on to it by Nicklas from Anekdoten, always a reliable source for a mad and interesting record. Hailing from Philadelphia, it’s hard to know where to put this one except to say it’s both experimental sonically, Psychedelic sixties, has melodic singing, jams, orchestras and no fear. You gotta have it. There’s surprisingly a lot of information about them on Wikipedia.

Brian Davison was the drummer in The Nice with Keith Emerson, Lee Jackson and Davy O’List. When The Nice broke up he formed Every Which Way with Graham Bell, the former singer of Skip Bifferty. They made one album released in 1970 on Charisma records (Mercury in the US). The songs are mostly written by Bell and it is a moody, jazzy Progressive gem. It features Geoffrey Peach on reeds and flutes. With John Hedley on guitar and Alan Cartwright on bass. Hedley played with The John Lewis Big Band in the sixties and later with Carol Grimes’ band. Hedley also played with Sting in Last Exit, Sting’s band before The Police. Cartwright played with Procol Harum from 1972 to 1975 starting with the live album with The Edmonton Symphony Orchestra (1972), Grand Hotel (1973), Exotic Birds And Fruit (1974), and Procol’s Ninth (1975).

After Every Which Way Davison joined Refugee with The Nice bassist/vocalist Lee Jackson who had formed his own band after The Nice, Jackson Heights. Swiss whizz kid keyboard player Patrick Moraz was asked to join but they decided on a new band with Davison as the drummer. Refugee were a classic Progressive keyboard-heavy band that showcased Moraz’ virtuoso playing. (Moraz was apparently born on a plane!). He left Refugee to join Yes and played on Relayer (1974), then Wakeman came back for Going For The One (1977). He joined The Moody Blues for Long Distance Voyager (1981) and stayed for nine albums. There’s also solo albums and albums with Bill Bruford to find, I have some of them in the archive but not all of them – yet, ha ha.

After Every Which Way Graham Bell joined Bell & Arc with his old Skip Bifferty band mates and made one album but soon left to make a solo album. The album features drummer Ian Wallace who played with King Crimson and Bob Dylan, Mel Collin on sax who also played with King Crimson and a million others. Tim Hinkley played keys, another long list of famous appearances including his own band, Jody Grind. Bell moved to the States in the late seventies and played with Long John Baldry. Bell was wiped out by Punk and New Wave. He might have had a little more success if Punk had hit a little later. His bluesy voice and his musical style was no longer the sound of the day and he hadn’t got successful enough to sustain a career as a solo artist. He was good, just bad timing. He later played with Snowy White on return to England. Both Brian Davison and Graham Bell died in 2008.