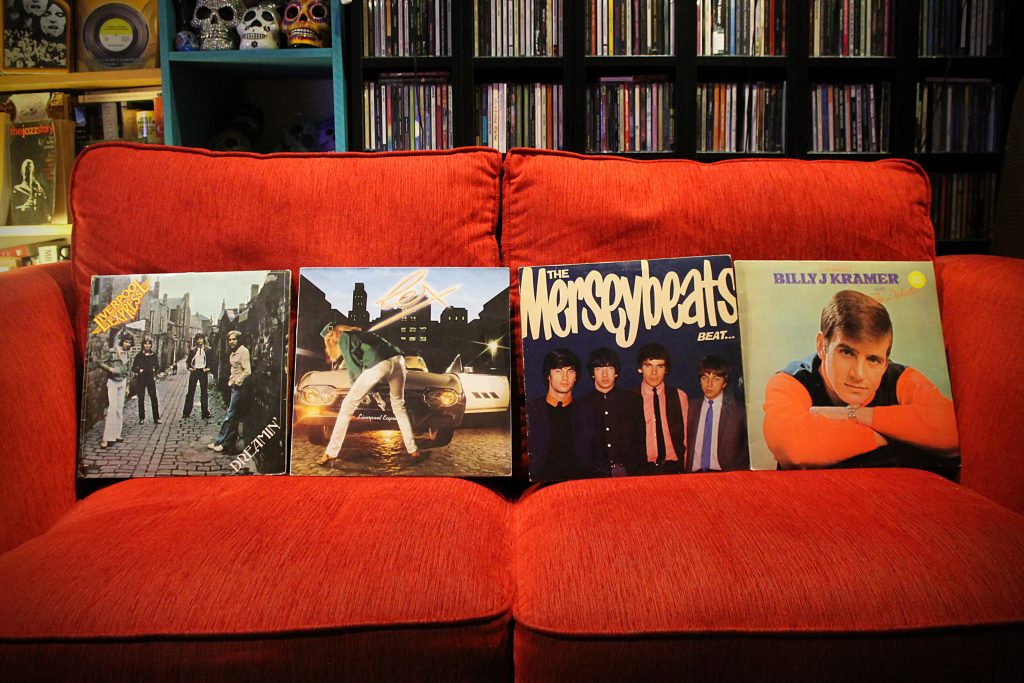 Music today sees me trying to catch up with some hard to find albums that were trying to get themselves into the shelves without being listened to. It seems in the case of Dreamin’ (1978) by Liverpool Express I now know why. It’s a hard to find album only released and available in Brazil. But first a little about the band. I’ve mentioned them before and played their first album Tracks from 1976 quite recently, it was this that inspired me to find the second hard to find album. They are a Liverpool band that sound very much like Paul McCartney. McCartney said of You Are My Love, a hit single from their first album, that it was his favourite song at the time.

They were formed by Billy Kinsley, Roger Scott Craig, Tony Coates, and Derek Cashin, who met at a football match. Billy Kinsley had been in The Merseybeats and later The Merseys (remember Sorrow?). Liverpool Express were initially having a lot of success, a hit in England, hits in Europe and then mega stardom in Brazil with number one singles. For some reason the second album Dreamin’ was only released there. It’s great, as good as their first album. Unfortunately the copy I bought from someone up north (someone who had bought it in Brazil and brought it back to England) has a problem with the roundness of the hole, so the tracks sound sour as the needle moves backwards, forwards and sideways on the spindle. Replacing it is expensive, so next trip to Brazil that is all I will be thinking about. Luckily I can listen to it on Spotify and hold the cover like it’s the real thing.

In 1979 they released L.E.X. which I recently bought from Germany. It has a track that is on the previous album, I guess they figured it needed another chance to grab the public’s attention. They cover a Dylan song (Is Your Love In Vain) and Joe South’s Games People Play. This record plays properly (phew) and follows that same effortless Liverpool talent path, but by 1979 New Wave was killing bands that sounded like this. There’s a dodgy picture of Jerry Hall on the cover and they sound a bit like later 10cc, out of step with the times but a success at their own game. It shows how much image matters. I remember when grunge wiped out the middle-sized eighties bands as another generation dismissed what the older kids liked as unhip, not turned on, and then it happened again to them, as it always does and always will ad infinitum.

When you listen back to the Liverpool sound of the early to mid sixties you can hear why it was the place to be, but isn’t it strange, it happened in Seattle, in San Francisco, Athens, Georgia, Minneapolis. A sound from a place can catch on. This Merseybeats album is a collection of songs from 1963-1965, three-minute Pop slices in the same style as The Beatles. You can hear the accents, something in that Liverpool vernacular that stands out. I Think Of You from 1963 could easily be The Beatles – it was a million seller.

Billy J. Kramer was managed by Brian Epstein and was given unreleased Beatles songs that propelled him into the charts as the Merseybeat sound became the sound of the day. He had many hits and this ‘Best Of’ album has five Lennon/McCartney songs, four of them unreleased by The Beatles. Do You Want To Know A Secret was released in 1963 on The Beatles’ Please Please Me album and sung by George Harrison. Kramer took it to No.2 in the charts as a single. Lennon and McCartney’s Bad To Me reached No.1 in the UK in the same year as did another Lennon and McCartney song, I’ll Keep You Satisfied, reaching No.4. In 1964 Little Children (Shuman/McFarland) also made it to No.1 and the last Lennon and McCartney penned hit, From A Window, reached No.10. Trains and Boats and Planes (Bacharach/David) reached No.12 and that was just about it as Merseybeat’s popularity waned.