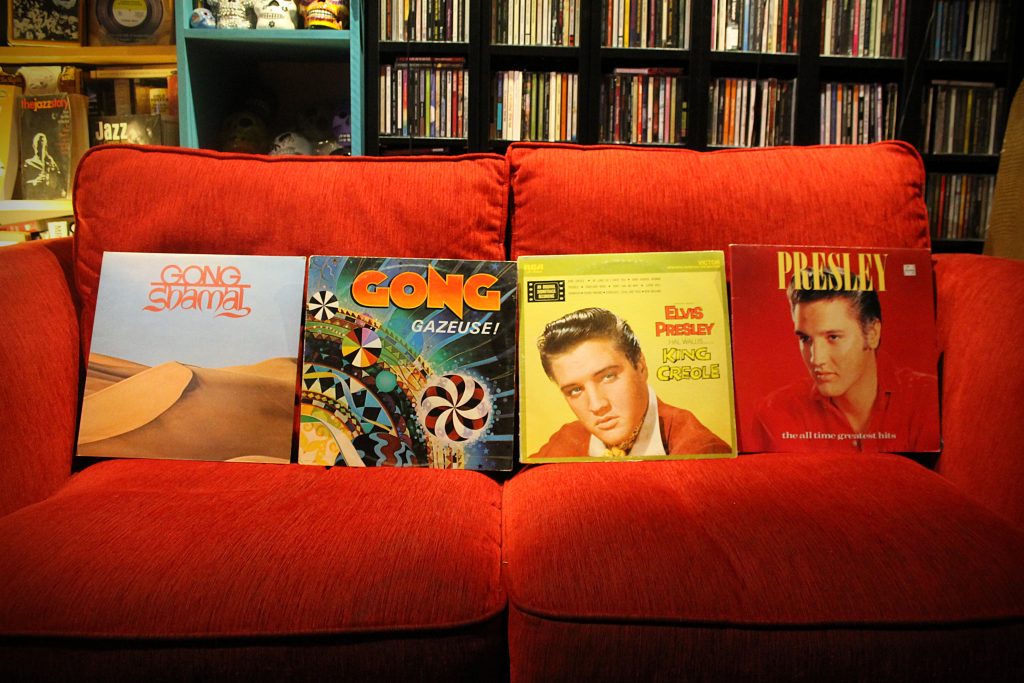 Music today has leapt great distances. I started with the two Gong albums from the mid-seventies, Shamal and Gazeuse!, both released in 1976. It became apparent that there was going to be different versions of this band as the commune that bore them had seen lots of different members. These albums were a transition between the original Daevid Allen’s Gong and the more fusion inspired Pierre Moerlen’s Gong of the late seventies. I’ve always really liked these two records and often play them together. A very different beast to the earlier Gong albums that are also great but in a different way. Sadly Pierre Moerlen died too early in 2005 at the age of 52. The legend that was Daevid Allen died in 2015 aged 77. The Gong legend continues with yet another incarnation led by Kavus Torabi on guitar and vocals. I can highly recommend the current band having seen them live a couple of times, once at Loreley, Germany, and once in Liverpool and having bought their last two albums, Rejoice! I’m Dead! (2016) and The Universe Also Collapses (2019). I saw Daevid Allen live once at a small venue in Glastonbury when I lived nearby, he was, let’s say, cosmic.

So, from Gong to Elvis! It’s never been done before. Early on in Elvis’ career he started acting and King Creole was apparently one of his favourite roles. It was his fourth film and also starred Walter Matthau and Carolyn Sue Jones who all you people that remember a group called The Beatles will also remember a TV series called The Addams family, she was Morticia and if you thought Elvis’ hips were memorable you probably also remember Morticia’s shuffle. King Creole reached No.2 on the Billboard charts in 1958, the soundtrack song Hard Headed Woman reached No.1.

Last album of the night is “Presley, the all time greatest hits”. It’s a double album released in 1987 with 45 songs that I bought in Oxfam for £1.00. What can you say about Elvis that hasn’t been said? An amazing and original performer with a unique voice who somehow lost his way. But even if he did come from an era before I was born, if it wasn’t for Elvis (and The Beatles) I might have been a successful businessman by now, how awful.